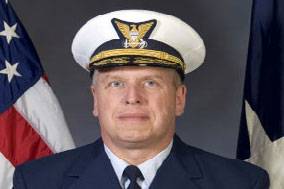 Rear Adm. John Currier, commander of the 13th Coast Guard District, has been nominated by the Commandant of the Coast Guard, Adm. Thad Allen, to serve as the future chief of staff for the service.

Once approved by Congress, Currier will oversee acquisition, personnel, budgeting, communication technologies, engineering and logistics for the service.

Currier was commissioned in 1976 upon graduation from officer candidate school and was designated as an aviator after completion of Naval Flight training in 1977. Currier was previously stationed as commander of Coast Guard Air Stations Miami and Detroit. He has also been stationed at Air Stations in Cape Cod, Mass., Sitka, Alaska, Traverse City, Mich., and Astoria, Ore.

Currier currently holds a Masters in business from Embry-Riddle University and is a graduate of the University of Southern Maine.