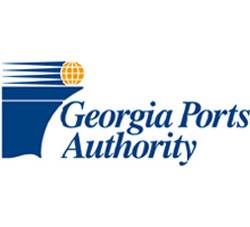 Georgia Governor, Nathan Deal visited the Port of Savannah on April 24, 2012 to mark the passage of the state budget, including an additional $46.7 million to help pay for the Savannah Harbor deepening.
The new money, passed by the General Assembly as part of the Governor’s FY2013 budget request, brings the total of dedicated state dollars to $181.1 million.
“The strong support that business and elected leaders across Georgia have shown for this project is justified, based on federal findings,” Deal said. “A Corps of Engineers study has shown that investing in our harbor expansion will yield a 5.5:1 benefit to cost ratio – among the best for any Corps navigation project.”
Governor Deal’s visit comes after the April 11 release of the U.S. Army Corps of Engineers’ final environmental impact statement and general re-evaluation report on the Savannah Harbor Expansion Project, which will deepen the shipping channel to 47 feet. The documents are the culmination of 15 years of economic and environmental study, and the final step necessary before federal regulatory agencies can decide on project approval.
“The Corps of Engineers study has shown the project will reduce shipping costs faced by private companies by at least $174 million a year,” Deal said. “That’s a price advantage that could make U.S. goods more affordable in foreign markets, and a cost savings that will be felt nationwide.”
Georgia Ports Authority Board Chairman Alec Poitevint thanked the governor for making the ports a high funding priority.
“We are honored that the governor chose to commemorate the passage of this important funding legislation here at the Port of Savannah,” Poitevint said, adding that the harbor deepening is a vital part of continuing the state’s export-dominant status. In fiscal year 2011, export throughput comprised 53 percent of the GPA’s total containerized cargo.
“The larger ships accommodated by the greater channel depth will reduce shipping costs per container, making it more affordable for domestic producers to reach international markets,” Poitevint said.
The harbor project is necessary to prepare for a new class of larger container ships that are nearly three times the capacity of those currently able to transit the Panama Canal. In 2014, the Panama Canal expansion will be completed and increase the maximum draft of vessels traveling to and from the U.S. East Coast from 39.5 feet to as much as 50 feet. While the Port of Savannah regularly handles vessels that are too large to transit the Panama Canal today, these vessels cannot load to their capacity.
“Deepening the Port of Savannah is a key part of Governor Deal’s broader strategy to improve the movement of goods across and within Georgia, and to expand the state’s role as a global gateway for commerce,” said GPA Executive Director Curtis Foltz. “As we move toward the construction phase of this project, the state’s $181 million financial commitment sends a powerful message to the world that we are determined to meet the new demands of international trade.”
Georgia’s deepwater ports and inland barge terminals support more than 295,000 jobs throughout the state annually and contribute $15.5 billion in income, $61.7 billion in revenue and $2.6 billion in state and local taxes to Georgia’s economy.The Port of Savannah was the second busiest U.S. container port for the export of American goods by tonnage in FY2011. It also handled 8.7 percent of the U.S. containerized cargo volume and 12.5 percent of all U.S. containerized exports in FY2011.