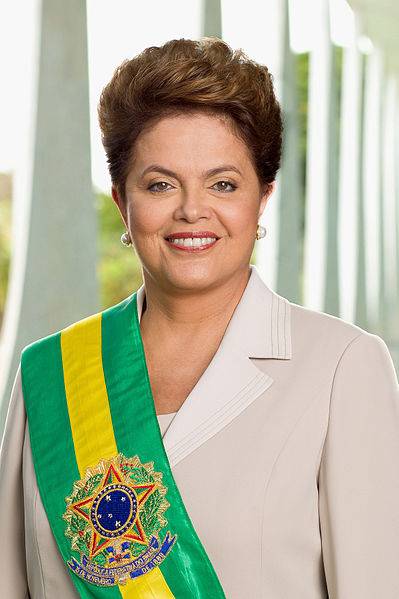 Brazilian President Dilma Rousseff on Monday lashed out at critics of Petroleo Brasileiro SA, saying accusations of corruption, cost-overruns and stagnation at the state-run oil company were politically-motivated.

"I won't tolerate any type of wrongdoing, criminal action, influence peddling or corruption of any type no matter who commits it," Rousseff said in a campaign-style speech at the launching of an oil tanker at a shipyard near Recife, Brazil.

"At the same time I won't stand by quietly when people carry out a politically-motivated, negative campaign to hurt the company's image.

Petrobras, as the company is known, is at the center of a mushrooming corruption scandal including a police raid on its headquarters and the arrest of at least one former company director.

It may also face an investigation of one of its refineries in Texas.

The company, whose $221 billion five-year investment plan is one of the world's largest corporate spending programs, is also being investigated by police and prosecutors in Brazil, the United States and Europe over more than $100 million of alleged bribes to company officials by Netherlands-based SBM Offshore NV , an oil production ship leaser.

Despite discovering huge offshore resources in recent years, Petrobras' production has stagnated and domestic fuel price controls have forced it to boost money-losing gasoline and diesel imports. Its market value has slipped from nearly $300 billion in 2008, when it was one of the world's most valuable companies, to less than $100 billion. It is also the world's most indebted and least-profitable major oil company.

The Petrobras troubles threaten to eat into support for Rousseff, who is running for re-election in October and has seen her government's approval rating slip to 36 percent from 42 percent in recent weeks.

Rousseff said critics are manipulating information about the company's performance.

"Those who say Petrobras is losing value and importance in Brazil are wrong," Rousseff said. "They manipulate data, they distort analyses, they deliberately fail to realize the reality of the world petroleum market to turn temporary market-wide problems into supposedly irreversible and definitive facts."

She argued that, rather than hurting the company, her government and that of her predecessor, Luiz Inacio Lula da Silva, have revived a company that was ignored and poorly treated by previous administrations.

The Brazilian leader also praised the construction of the Abreu e Lima oil refinery in the same Suape industrial complex where she gave her speech.

The 230,000 barrel-a-day refinery is expected to cost $20 billion by the time it starts operating later this year. Each new barrel of new capacity added by the refinery will cost $87,000, one of the highest ever recorded and double or triple the cost per barrel of refineries built in Latin America, the Middle East and China in recent years.