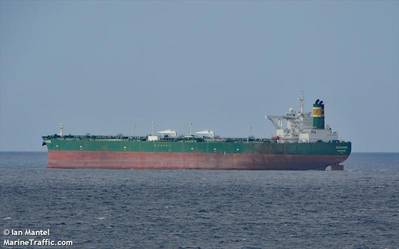 A U.S.-sanctioned Venezuela-owned supertanker that had mechanical problems since January is transferring its 2-million-barrel cargo of heavy crude to other vessels in Asia, according to three people familiar with the matter.

The carrier could not complete its cargo delivery on time after delays caused by mechanical problems, forcing PDVSA to replace its crew and look for new vessels able to receive the transferred cargo at sea, according to one of the sources.

PDVSA and the tanker's operator, PDVSA's maritime arm PDV Marina, did not reply to a request for comment on the ship's status or problems that stranded it. Its owner, state maritime authority INEA, declined to comment.

A person familiar with the matter in Washington said U.S. authorities have been tracking the tanker, as they do with all sanctioned vessels, and was aware it was in trouble and seeking to transfer its cargo.

The Maximo Gorki's heavy crude oil cargo was to be delivered to an undisclosed customer under a CIF arrangement, or cost-insurance-freight contract that places responsibility for most costs and liabilities on seller PDVSA until the shipment arrives at destination, another source said.

PDVSA in 2020 began offering to transport its own oil to help customers who struggled to hire vessels to carry the country's oil due to the U.S. sanctions.

"It is a big gamble to do CIF trips like this for selling sanctioned oil. Vessels often fail to complete the deliveries, mechanical problems can emerge and the crew is in the meantime waiting for months at sea," said a former crew member of a Venezuela-owned tanker, who declined to be identified discussing PDVSA.

The VLCC was reported near Singapore in late January after crossing Indonesia's Lombok Strait. It then switched its transponder off, according to Refinitiv Eikon tracking data.

"PDV Marina had to send a team to China for helping replace the tanker's crew after it suffered mechanical problems," said one of the sources who declined to be identified discussing PDVSA. "It has been in distress."

It was unclear if it plans to transfer another share of its cargo before returning to Venezuela.

Claire Jungman, chief of staff at U.S. group United Against Nuclear Iran, which monitors Iran-related tanker traffic, said crude was transferred on Feb. 19 from the Maximo Gorki onto the Dream Vision in a trans-shipment operation east of Singapore or in the Riau archipelago, citing tracking and satellite data.

The Dream Vision's owner, listed in shipping databases as British Virgin Islands-based Leah Shipping Inc, could not be located for comment.