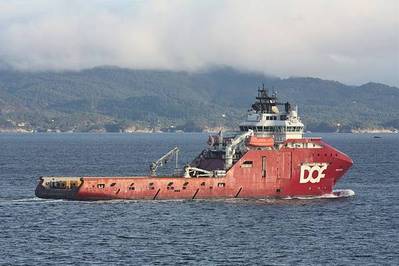 The agreement means all payments of principal and interest to the secured lenders are suspended until 30 June 2020 on certain customary terms and conditions.

The deal does not cover payments on the NOK 100 million credit facility provided to DOF Subsea AS by certain of its lenders on March 27, 2020 to cover its immediate liquidity needs,

"The agreements are entered into in order to facilitate the continued dialogue with the secured lenders and bondholders under the Group's bond loans regarding a long-term financial restructuring of the Group," DOF said Monday.

The suspension agreements comprise all companies within the Group, except for the Brazilian subsidiaries Norskan AS and DOF Subsea Brasil Servicos Ltda. The secured debt of Norskan Offshore Ltda. is subject to separate negotiation.

As for the secured lenders which did not enter into the standstill deals, DOF and DOF Subsea said they've decided "to impose a unilateral standstill on the payment of principal and interest to such secured lenders for as long as the suspension agreements remain in force."

"Although no assurance can be given to this effect, DOF ASA and DOF Subsea AS have not received any indications that the secured lenders in question will invoke the event of default-provisions in the relevant loan agreements as a result of such decision," DOF said.

DOF in April warned that several of its vessels might be laid up after the end of their current contracts, citing lack of new work opportunities amid the oil price rout and COVID-19 pandemic effects.

"There has been a sharp decline in the tender activities, with few new contract opportunities and less projects to bid for. Due to the sharp decline in the oil price, the oil companies have reduced their exploration activity substantially and some have also started to reduce existing production," the company said in April.

"It must be expected that the Group will continue to experience adverse consequences of the sharp decline in the oil price, and the responses of the oil companies to such decline," DOF then said.

"Several of the Group's vessels will finish their firm contract periods during 2020, and if the challenging market continues most of these vessels could move into lay-up," the company added, without providing the exact number of the vessels that might be affected."