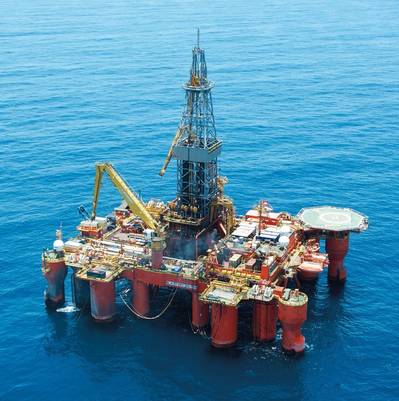 Norwegian oil and gas rig operator Dolphin Drilling filed for bankruptcy on Wednesday, leading creditors to seize its key assets in a restructuring that will see the company maintain operations.

Formerly known as Fred. Olsen Energy, Dolphin Drilling ASA had debt of just over $1 billion at the end of 2018 and a net loss for the year of almost $300 million, its annual report shows.

Once a dominant supplier of drilling rigs to oil and gas firms exploring the North Sea, Dolphin was hit hard by a collapse in oil prices from 2014 to 2016 as well as competition from newcomers that drove down rig rates.

Its share price has fallen 88% over the past year and was down 6.6% early in Wednesday's session, until trading was suspended before the bankruptcy announcement.

While the old holding company will be wound down, its rig-owning subsidiaries were restructured and will continue to offer services to oil firms. Investment funds advised by Strategic Value Partners will be the main shareholders of the new, reconstructed company.

"Dolphin Drilling ASA's operating subsidiaries have now been transferred to a new holding company, Dolphin Drilling Holdings Limited, which is incorporated in Jersey and will be net-debt free, with a strong balance sheet and increased financial flexibility," the new company said in a statement.

Lenders to Dolphin ahead of the bankruptcy included Danske Bank, DNB, SEB and Swedbank, as well as Strategic Value Partners and its affiliates.

In addition to a fleet of four drilling rigs and two drillships, Dolphin is the majority owner of Belfast's Harland & Wolff shipyard, builder in the early 20th century of the Titanic ocean liner.

The yard has been for sale since last year when Dolphin, then Fred. Olsen, first announced its restructuring.

"The announced developments in relation to (Dolphin Drilling) are not expected to impact this sales process and we are operating very much on a business as usual basis," the yard said in a statement to Reuters.

The European Union's latest strategy to defuse tensions with Turkey is unraveling, two weeks after it was sealed, raising…

Since early Spring 2020, American consumers have received a practical education in supply chain operations. One lesson is…

Tensions spiked between Greece and Turkey on Monday over offshore rights in the eastern Mediterranean, with Athens vowing…

A strengthening Hurricane Delta dealt the greatest blow to U.S. offshore Gulf of Mexico production in 15 years, halting most…