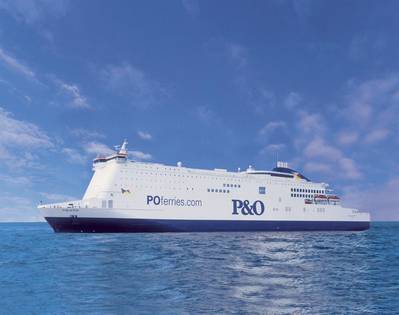 DP World has bought back British ferry and shipping freight operator P&O Ferries for 322 million pounds ($421 million), more than a decade after it sold it.

DP World acquired the British shipping and logistics company in 2006 but soon sold off some assets, including P&O Ferries to its major shareholder, state holding company Dubai World.

DP World announced on Wednesday it was buying the company, and a spokeswoman later told Reuters it had bought it back from Dubai World.

Dubai World was at the heart of the emirate’s financial crisis at the turn of the decade and was forced to restructure around $25 billion of debt in 2011.

DP World said the P&O Ferries deal was expected to be earnings accretive from the first full year of consolidation and meet its return targets.

The transaction is expected to close in the first half of the year, it said.

DP World's acquisition of P&O Ferries, which includes P&O Ferrymasters, is part of its efforts to expand beyond its core ports business.

P&O Ferries operates more than 30,000 voyages a year in Europe, according to its website.

The ferries operate between Britain, France, Northern Ireland, the Republic of Ireland, the Netherlands, and Belgium.

Last month, the company said it was shifting the registration of its UK vessels to Cyprus ahead of Britain’s departure from the European Union, in part to keep its tax arrangements in the bloc.

Last week, DP World Chairman Sultan Ahmed Bin Sulayem said the indecisiveness of British politicians on the UK's exit from the European Union was hampering the company's ability to plan for its UK operations.