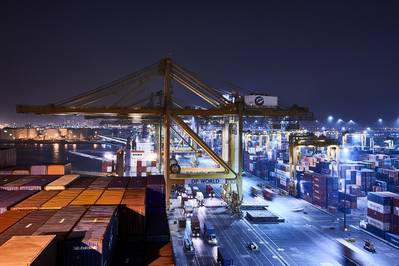 The financing, which backs the borrower's privatization, was expected to sell down in a general syndication, but instead DP World decided to offer the deal to a select group of relationship banks.

“(The deal is) going out to less than ten relationship banks that have already showed interest in the deal but were unable to join in the senior phase,” said one banker.

The facility, which comprises three acquisition finance facilities with tenors of up to three years, as well as a $3 billion five-year term loan, was fully underwritten by Citigroup and Deutsche Bank.

In senior syndication, Citi and Deutsche were joined by Emirates NBD and First Abu Dhabi Bank as active bookrunners and mandated lead arrangers.

The financing is set to close after the religious holiday of Eid ends on May 24.

DP World did not immediately reply to a request for comment.

In February, Dubai announced that one of its state companies, Port and Free Zone World, part of state investment vehicle Dubai World, will buy publicly listed shares of DP World in a deal with a $13.9 billion valuation.

Dubai World agreed an historic $25 billion debt restructuring in 2011 after Dubai was hit by the global financial crisis.

The new debt includes $2.7 billion for the purchase of the listed shares and the refinancing of some debt maturities. DP World will use $5.15 billion to fund a dividend to Dubai World, the sole shareholder of PFZW, to repay, at par, all remaining debt it owes to commercial banks following the debt restructuring