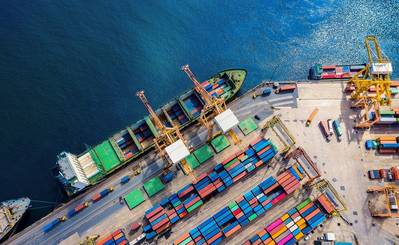 Port operator DP World reported on Tuesday a third quarter decline in cargo handled across its global portfolio as volumes fell in Dubai for a sixth consecutive quarter.

The operator said it handled 18 million twenty foot equivalent unit (TEU) containers in its ports in the three months to Sept. 30, down 1.6% on the same period a year ago.

It said a global trade row created a challenging environment. The United States and China have been locked in a trade row that has cast a shadow over global economic prospects.

Tensions in the Middle East have escalated in the wake of attacks on oil facilities in Saudi Arabia and tankers in Gulf waters, a key shipping artery for the global oil trade.

Global volumes were flat in the first nine months of the year, while those handled at Jebel Ali were down 5.5%.