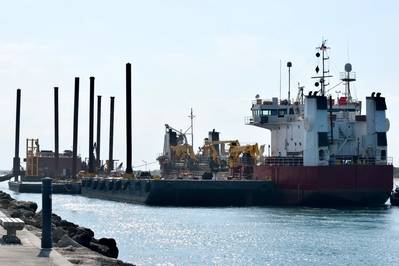 For dredging company executives, the recently passed $550 billion federal Infrastructure Investment and Jobs Act (IIJA) sits like the proverbial Horn-o’-Plenty, ready to disgorge billions of federal dollars for maritime, port, harbor, coastal, inland waterways and flood projects, many of which will require dredging. This is a really big deal because this new money will go toward existing projects, work that’s been on the books, so to speak, but, until now, couldn’t be funded. Plus, experts expect development of a whole new book of business as dormant projects are updated and offered for sale.

Overall, IIJA provides $16.6 billion for waterways projects. That covers a lot of different work, paid for via a number of agencies: Army Corps of Engineers (ACE), Department of Transportation, Coast Guard, General Services Administration, and Department of Homeland Security. The big spending categories are shown in the table below:

Obviously, all of these projects will not require dredging, but, just as obviously, many will. (Note: IIJA information in this report is from a Summary released by Sen. Maria Cantwell, Wash.)

Dredging executives are taking a fine-toothed comb to the IIJA to uncover exactly where new opportunities will arise. One person told me that his team is holding their cards very close to avoid tipping-off competitors about new project possibilities.

One area in which new work is very likely is within the Army Corps’ Operations and Maintenance funds. IIJA provides $4 billion, over three years, to pay for dredging Federal navigation projects and repairing damages to Corps projects caused by natural disasters. It’s not hard to see, though, that dredging will be a necessary part of many projects in most of the funding categories listed above. Opportunities expand further when one considers the harbor and waterways trust fund requirements established just a year ago by WRDA 2020.

Richard Balzano is CEO & Executive Director of the Dredging Contractors of America, named to that spot in December 2020. Balzano has over 30 years of maritime and government experience, including a stint as MARAD Deputy Administrator.

His comments on new funding. “We do not know what the final numbers are yet and how the Corps plans to implement a strategy,” he wrote in response to email questions. He added that “we will not know the real totals until an appropriations bill or BBB (“Build Back Better” HR 5376) gets passed.”

With the Corps’ budget set to double this year, Balzano said “the Corps and industry must continue to work together and treat the dredging program more as a national program.” He said that District coordination is one way to make the best use of all resources. He said “the industry’s massive private investment in recent years” means companies are ready to continue “our work with the Corps to increase efficiency and deliver better outcomes for the Corps, industry, America’s waterways, and taxpayers.” 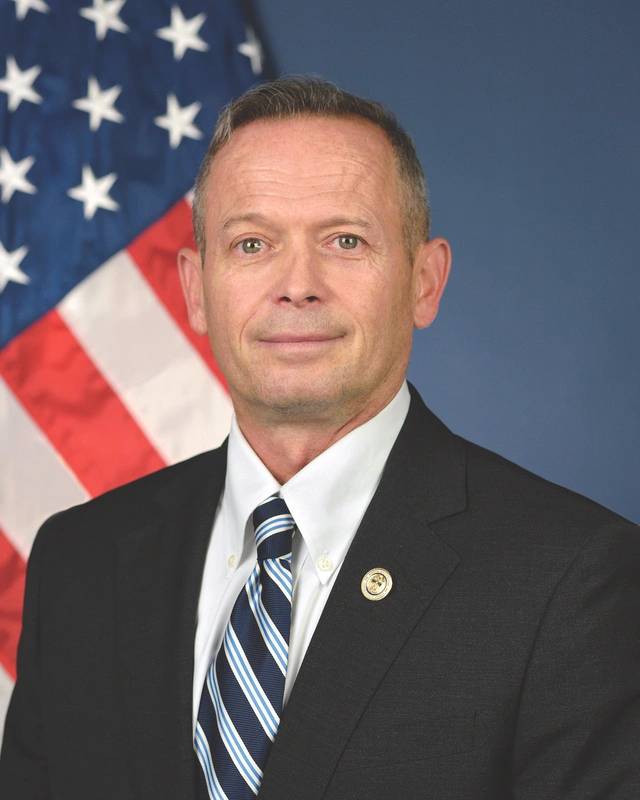 “The Corps and industry must continue to work together and treat the dredging program more as a national program.” - Richard Balzano, CEO & Executive Director, Dredging Contractors of America (Photo: DCA)

McGuire said that “indications are that the funding stream will continue at a record pace for several years. This additional funding commitment gives us the confidence to invest in equipment for future projects and expanded work.”

Callan will add two new vessels: a new cutter suction dredge named the General Marshall in 2022, and the 422-foot long Admiral Nimitz, a trailer suction hopper dredge—the largest in the U.S., according to Callan—in 2023. 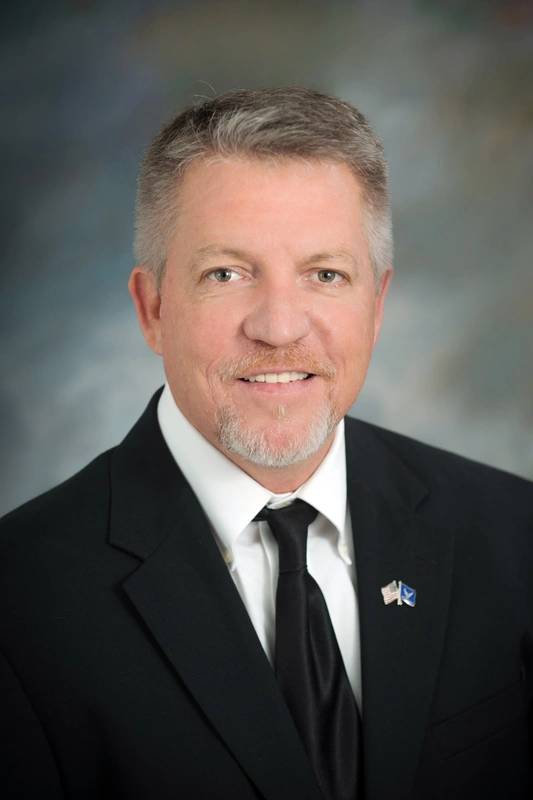 Hanson commented that “the IIJA is a long overdue investment in U.S. infrastructure that provides significant funding for a broad range of infrastructure projects many of which involve dredging.” He called expanded funding “good news.” He added that “the next challenge will be working with the Corps to identify their project list and get the projects in the marketplace and completed. We at GLDD are among the many U.S. companies who have added significant dredge capacity in recent years and have more dredges already under construction. So, this work is much needed.” 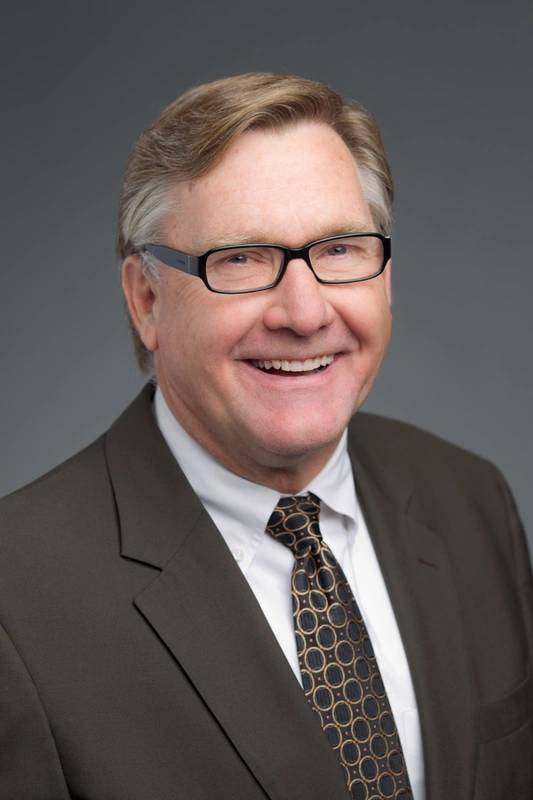 For industry observers the notion of timing deserves closer focus. The sense is that three important and beneficial forces are in confluence. Consider: first, the expanded funding. Second, the money is becoming available just when new dredging vessels – trailing suction hoppers, clamshells, scows, cutters – are coming into service, the result of capital reinvestment programs that started five to seven years ago among many companies, not just one or two. Timely and consistent Congressional funding is also attracting new players, ensuring that a Jones Act compliant fleet can meet demand. Third, recent federal policy changes pertaining to streamlining and permitting will facilitate and complement the momentum from more money and new equipment. Taken together, these three factors portend big impacts on America’s ports and waterways.

With dredging, many parts have to align before any work in the water actually starts. One California dredging exec commented that “we are sometimes at the dumb end of the stick, starting work after a whole lot of preparatory steps have already been completed.” It’s not unusual that preparatory work – getting a land-side disposal permit, for example, or waiting for a beneficial use partner to secure funding – can take longer than the actual dredging.

Now, looking ahead, more funding means that to the extent that budgets caused delays, that will start to change, for the better. Project timetables should quicken. Work among stakeholders will progress more predictably as schedules shift from wobbly to dependable.

Beneficial use (BU) is an example of a component likely to benefit from expanded funding. With dredging, BU is a holy grail kind of concept – the notion that dredged material can have a higher value than just waste. (BU is important to Congress, too. WRDA 2020 requires 35 BU demonstration projects by the Army Corps.) ACE has made significant strides in changing the way the use of dredged material is perceived and programmed.

With more money project partners can commit the time and resources necessary to connect the dots, the complex dots, required to include BU within a project. Expanded funding will allow planners to avoid tight-fisted budgeting, where only immediate needs get attention. In the past, insufficient funding forced Corps Districts to make short-term decisions or wait until they confronted an actual emergency before committing project funds. This had unintended consequences that would often domino through an entire mission, resulting in hazards to shipping and disrupting other scheduled work, regionally and nationally. New resources and contracting methods will allow better planning and allow the Corps to complete work more efficiently and at lower costs.

More money gives the Corps some breathing room regarding just meeting the “federal standard” for dumping, i.e., the cheapest option that still meets environmental regs, usually dumping at sea, can start to change. New resources will allow time, for example, for sediment matching or the longer scheduling required to secure land-side permits or seasonal or wildlife demands; importantly, more money could cover material transport costs, usually significantly higher when taking dredge to a BU site. Greater resources means that agencies with different missions do not have to remain quite so siloed, that expectations can expand. 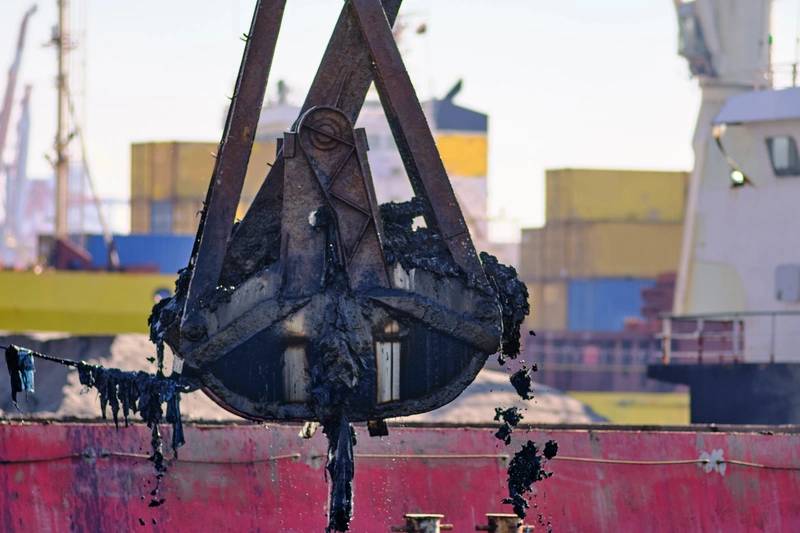 There is game-changer potential if projects shift from a narrow, single-site focus, to broaden in scope and impact. Rather than an end point defined by budget limits, say, to pay for one component, e.g., dredging, new resources can mean that a project is declared finished because it included dredging and material reuse and barrier construction and beach restoration, or whatever the particulars are that define success within a waterway, not just because one task was completed.

The California dredging exec referenced above predicts additional benefits. It’s his sense that project scope will expand as will the number of projects. For example, the ACE is responsible for maintaining federally authorized channel depth and width. Frequently, restricted funding results in an endpoint that, yes, keeps a channel functional as required, but with a kind of temporary reality. If more money were available the project could have been done right, completed to proper depth and width. Then, resources could shift to new projects; the pie gets bigger.

This assessment predicts IIJA will (1) provide 100% of funding for the Corps’ listed set of projects; (2) money will be available for projects that are otherwise queued up but, say, their benefit/cost ratio was judged too low to qualify for funding and (3) local, relatively small projects will be reassessed; many of these projects are shovel ready, they just need federal dollars.

Finally, offshore wind is a giant issue opening new demands for dredging. Discussions are ongoing now between dredgers and wind energy companies. New work includes seafloor preparation, turbine foundation, trenching and even landside work to prepare sites for the vast space required for turbine assembly. IIJA provides $65 billion for projects related to power and the electric grid. Offshore wind will get some of that.

With IIJA, of course, there are hundreds of steps and decisions still to come regarding actual expenditures of money. That process, and final sums, are hard to predict, developments that will emerge as the federal budget process starts first quarter 2022. Nevertheless, for the dredging industry, looking ahead, the starting numbers are impressive. 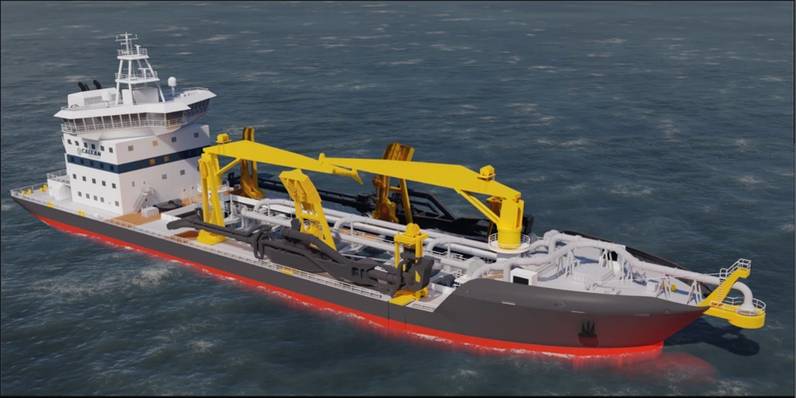