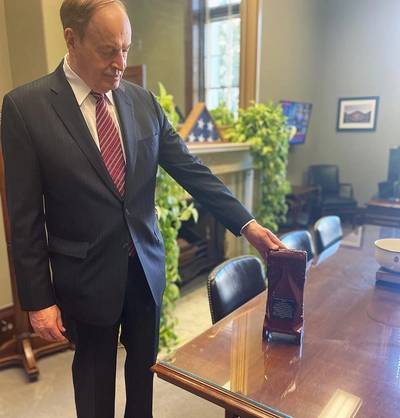 The award particularly notes his advocacy of the Mobile Harbor expansion, as it is formed from a cutting tooth used on the dredging vessel Ellis Island during the project.

“DCA and its member companies greatly appreciate Senator Shelby for his decades of leadership in Congress on behalf of the maritime and dredging industry and the Americans whose jobs it supports,” said DCA CEO Richard Balzano. “We will miss Senator Shelby’s steadfast advocacy in Congress but look forward to continuing to work with him as he concludes his Senate service and with other leaders in Congress who understand that maritime and dredging are essential for the continued growth of the U.S. economy.”