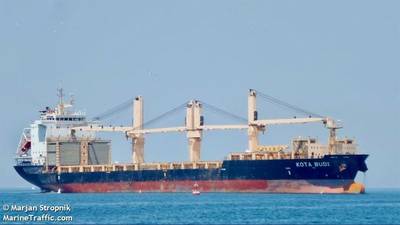 The maritime security intelligence group Dryad has reported that general cargo vessel KOTA BUDI was boarded by heavily armed men resulting in the kidnap of 5 crew.

"The kidnapped crew are believed to all be Chinese nationals," Dryad said. The incident reportedly happened on Thursday.

According to Dryad, the vessel can be seen to have been drifting at the time of the incident at 153nm offshore. AIS indicates that the vessel has been in position for approximately a week having previously visited the Nigerian port of Warri, Dryad said.

"This is the 7th incident in the waters off Benin within 2020. This latest kidnapping brings the total number of kidnapped personnel in maritime incidents off West Africa in 2020 to 80. Incidents of kidnapping are currently tracking at 26% higher in 2020 than in 2019," Dryad added.