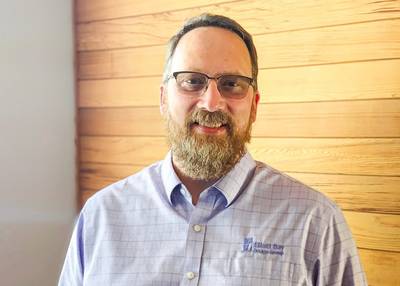 Naval architecture and marine engineering firm Elliott Bay Design Group (EBDG) said its board of directors has appointed Robert Ekse as president of the firm. Ekse will assume the position from current president and chief engineer, Brian King, who is retiring after 33 years of service. King will remain active in EBDG projects in a limited capacity, accepting the role as principal emeritus.

"Brian will be deeply missed, but his many accomplishments will be a reminder of his contributions to our industry, our company and our future," states John Waterhouse, founder and chairman of the board of directors. "As we look to the future, we are confident Robert's appointment will lead us to success as we grow and diversify internally and externally."

Ekse advances from director of project operations to president, while remaining a principal of the firm. He will have direct supervision of the business and affairs of the company, including its subsidiary company, SeeSaw Services. He will be responsible for advancing EBDG's major strategic objectives while leading the team with planning, business management, engineering, personnel development and sales.

With 30 years of experience in the marine industry, Ekse has a diverse background including prior positions with Vigor, Alaska Marine Highway System, Alaska Ship and Drydock and Crowley Marine Services. Since joining EBDG, he has led multiple employee engagement initiatives, improved the project management process, and participated in strategic planning and growth initiatives.