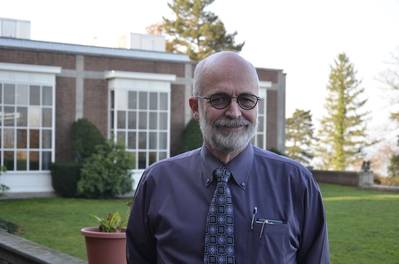 Webb Institute has appointed Benjamin H. Scott as the Assistant Professor of Marine Engineering. Scott is a design engineer with over 30 years of experience in thermal and hydraulic analysis, heat exchanger design, thermal performance testing and fluid system design.
Scott recently retired from Exelon Corporation as the senior manager of design engineering at their Calvert Cliffs Nuclear Power Plant in Lusby, Md., where he oversaw a staff of 60 multidiscipline engineers responsible for all plant modifications and improvements, maintenance of the plant’s design and licensing basis, daily support of operations and maintenance and oversight of major capital projects. He started at Calvert Cliffs in 1989 as a mechanical design engineer and filled various positions of increasing responsibility both there and at their corporate headquarters in Baltimore. He was involved in a variety of projects including a redesign and replacement of the plant’s auxiliary cooling water systems, replacement of the main condensers, addition of a cooling water chemical addition system, identification and elimination of potential water-hammer sources, installation of flow control systems, upgrade of emergency diesel generators and replacement of the steam generators. He has also developed computer simulations and models of plant systems to validate complex test procedures, evaluate operating procedure changes and determine system response in accident scenarios. In 2010, he was temporarily assigned to a joint venture with Electricite de France to design a new nuclear power plant (USEPR) for construction in the U.S. For the past 15 years, he was the corporate expert in configuration management and was a key member of a project to consolidate and convert the corporation’s engineering records and drawings to an electronic document system.
Before 1989, he worked at Jacobs Engineering as their Systems Engineering Manager in support of design of the DOE High Energy Radioactive Waste Storage Facility (Yucca Mountain). He spent five years at ORI, Inc., an engineering consulting firm in Rockville, Md., working on various Navy projects, including support of the NAVSEA Submarine Maintenance Monitoring and Support Office in development of condition monitoring programs and performance acceptance criteria for motor generators, heat exchangers and pumps. He also supported IBM Federal Systems Division in the design and testing of sonar and combat systems for the Los Angeles and Seawolf class submarines.
Prior to his civilian engineering career, Scott spent seven years on active duty as a nuclear submarine officer completing eight patrols on the USS Stonewall Jackson and the USS Will Rogers. He was assigned for two years as the Reactor Principles Division Director at the navy’s nuclear power school in Orlando, Fla.
Scott holds a Bachelor of Science degree in Systems Engineering from the U.S. Naval Academy and a Master of Science in Mechanical Engineering from George Washington University. He is a member of the American Society of Mechanical Engineers (ASME) and has served on various ASME and Electrical Power Research Institute (EPRI) committees and working groups for heat exchanger design and performance testing. He has presented numerous papers on heat exchanger testing and uncertainty analysis at ASME, EPRI and power industry conferences. He has taught several continuing education courses on heat exchanger design, operation and testing. In 2010, he taught an introduction to nuclear engineering technical elective at Webb.