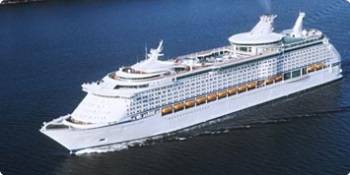 In commemoration of Earth Day, Cruise Lines International Association (CLIA) today highlighted the extensive efforts of the cruise industry and CLIA member lines to preserve and protect the environment.

“CLIA member cruise lines continue to invest in systems and technologies that improve overall environmental performance,” said Christine Duffy, president and CEO of CLIA.  “The industry takes its responsibility as caretakers of the environment seriously.  We work collaboratively with regulators, design and engineering experts and a range of stakeholders to raise the bar on our ongoing efforts to preserve and protect the oceans and the nearly 600 ports our member cruise lines visit.”

Working with the International Maritime Organization (IMO), the global maritime regulatory bodies with 170 Member States including the United States, CLIA and its member lines have helped shape the development of consistent, stringent and uniform international standards governing environmental practices that apply to all CLIA member ships that travel internationally.

Following are examples of steps that cruise lines have taken to protect the environment:
•The advanced wastewater treatment systems that the cruise industry pioneered can produce water cleaner than most wastewater treatment facilities in U.S. cities.
•CLIA members have invested hundreds of millions of dollars to develop and implement new technologies that help to reduce air emissions and are in the process of deploying exhaust gas scrubbers to reduce sulfur emissions from ships’ engines, developing engines that run more efficiently and with reduced emissions, and installing the necessary equipment and using shore power where feasible.
•The industry has made significant strides improving its energy consumption inside ships by switching to low energy LED lights — which last 25 times longer, use 80% less energy, and generate 50% less heat — and high efficiency appliances, utilizing recycled hot water to heat passenger cabins, and using special window tinting that keep passageways cooler and utilize less air conditioning.
•Many lines are using ecological, non-toxic, slick hull coatings that increase energy efficiency and reduce air emissions.

The cruise industry works collaboratively with the IMO through participation in a number of committees and other bodies to develop global regulations and standards that protect the environment.  For example, thanks to this collaboration, new cruise ships that enter into service today are among the most environmentally-friendly.  Additionally, beginning in September 2015, new cruise ships must meet certain energy efficiency standards in compliance with the IMO’s Energy Efficiency Design Index (EEDI) — which the cruise industry supports — that provides for more energy-efficient and therefore less polluting equipment and engines.  The EEDI requires a 30 % reduction in CO2 levels over time.

For CLIA members, environmental stewardship also involves the participation of passengers and crew members.  Many CLIA member lines offer programs to raise awareness including stateroom videos, onboard activities and the promotion of recycling and conservation efforts.

Additional initiatives, programs and practices in place at CLIA member lines include the following examples of environmental accomplishments:
•A family of cruise brands increased non-hazardous waste recycled to shore by 18% and reduced total waste almost 5% in a one-year period.
•One member line recycled nearly 53% of the solid waste it generated in 2013.
•One hundred percent of the waste generated on 12 of the cruise ships of one family of cruise brands is being repurposed through reducing, reusing, donating, recycling, and converting waste to energy.
•One major cruise company has achieved a reduction in absolute fuel emissions from greenhouse gases of nearly 4% over a two-year period.
•In 2013, one line recycled 1,254 tons of cardboard,  2,517 tons of scrap metal, 2,988 tons of glass, 669 tons of plastic and managed 748 tons of trash and international garbage at Waste-to-Energy (WTE) facilities which conserved 30,096 gallons of gasoline, 6,349,000 gallons of water, 3,715 barrels of oil and 23,450 mature trees.
•Naturally occurring condensation from shipboard air conditioning units is reclaimed and then re-used to wash the decks on a CLIA member line’s ships, saving up to 22.3 million gallons of fresh water annually.
•One CLIA member line’s ships offload and recycle over 52,000 gallons of used cooking oil annually.
•For each guest that travels on its ships in Europe, one line donates $1 to Whole World Water, which works to provide clean and safe water to the world’s nearly 1 billion people living without access to potable water.
•A CLIA member line saw a 32% reduction in CO2 emissions in a five-year period.
•Through passenger efforts and the use of water flow resisters in showers, one CLIA member line saw water consumption decrease by 7% per passenger and 6% overall.
•One member line donates reusable goods to local charities including towels, linens, dishes, cookware, silverware, televisions, computers and mattresses through participation in an innovative community giving program.