A Primer on Current Environmental Standards 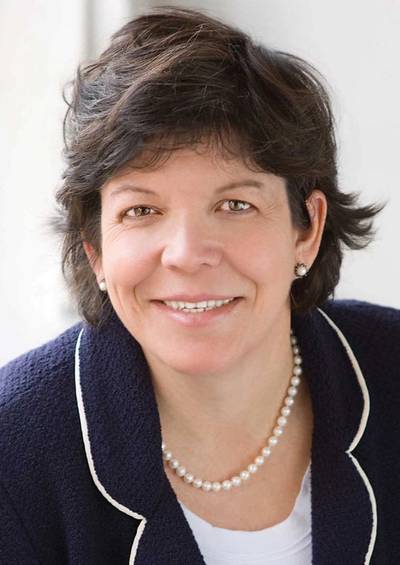 Environmental standards come with a mess of acronyms that can be difficult to comprehend. I’ll demystify four of those acronyms here. The first two; EEDI and SEEMP, were coined by the International Maritime Organization (IMO) and are aimed at monitoring and reducing vessels’ fuel usage and thus green house gas creation. The third, ECA, was also created by the International Maritime Organization and includes a focus on particulate matter emissions. The final acronym, ISO 14001, has a broader scope, addressing a company’s overall impact on the environment and its commitment to reduce these impacts.

EEDI / SEEMP
The IMO met in London in July 2011 and adopted mandatory measures to reduce greenhouse gases. These measures are expected to take effect January 2013 for all ships 400 gross tons and above. According to the IMO, the adopted measures “represent the first ever mandatory global greenhouse gas reduction regimen for an international industry sector.”  That’s an impressive statement for an industry as old as ours with a reputation for being slow to change.
The measures take aim at reducing air pollution from ships, requiring new vessels to be built to a minimum energy efficiency level (Energy Efficiency Design Index- EEDI) and requiring all vessels above 400 gross tons to have a Ship Energy Efficiency Management Plan (SEEMP). A SEEMP establishes a mechanism for operators to improve the energy efficiency of their vessels. Guidelines for the development of a SEEMP and EEDI survey and certification are available on the IMO’s website.
The SEEMP (required as of January 1, 2013) represents another management plan to add to the growing list of plans vessel operators must provide. As per IMO resolution, the SEEMP may form part of the vessel’s Safety Management System (SMS). The American Bureau of Shipping states “The SEEMP can be thought of as a catalog of best practices that can be implemented on a particular vessel to improve its energy efficiency. Each ship-specific plan is to be monitored, updated and improved upon frequently throughout the life of the vessel.” This brings to mind the old mantra: “plan, do, check, act,” which is universal among the various management system standards.
The EEDI requirement for new builds is performance-based and non-prescriptive in nature. Established minimum energy efficiency levels must be attained to receive certification. Waivers are allowed by administrations if the keel is laid before July 2017. Not all vessel types have minimum established criteria in the EEDI, including ships not designed to transport cargo or those featuring turbine or diesel electric propulsion systems. However, the majority of vessel types out there (container ships, bulk carriers, general and refrigerated cargo ships and oil and gas tankers) have minimum criteria to meet, capturing 72% of the emissions pie for all new vessels coming on line. According to the IMO’s estimate, by the year 2020, the EEDI requirement will keep 45 to 50 million tons of CO2 from being released into the atmosphere annually. By 2030 the emissions reductions are estimated to be between 180 to 240 million tons.

ECAs
The IMO’s MARPOL annex VI, Prevention of Air Pollution by Ships, brought us Emission Control Areas (ECAs). ECA compliance focuses on reducing the amount of SOx vessels emit in the Baltic Sea and North Sea areas and the amount of SOx, NOx and particulate matter vessels emit in the North American area. Emissions reductions are achieved by regulating the types of fuel vessels burn for main and auxiliary power, or by requiring a system that scrubs the stack gas before it leaves the vessel. As of January 2012, a vessel could burn fuel with no more than 3.5% sulfur content (by weight) outside the boundary of an established ECA. Inside the boundary of an ECA, as of July 2010, the allowable sulfur content became 1%. In January 2015 it will drop to 0.1%. Close to home, the North American ECA went into effect August 1, 2012. The boundary for this ECA is roughly 200 miles off the shoreline. When a vessel changes from one fuel to another at the ECA borders, the quantities of fuel oils onboard must be logged, along with the date, time and position of the ship. This logging must occur upon completion of the fuel change-over prior to entering an ECA and upon commencing the change-over after exiting an ECA.
If the vessel stays in port longer than a few hours, generator fuel usage must also comply with the maximum sulfur content. Compliance also requires a sample to be taken at each bunkering to ensure the fuel is in the proper limits. A sample must also be kept on board for a specific amount of time.

ISO 14001
ISO 14001 was established by the International Standards Organization (ISO) and is not limited to energy use, but focuses on the company’s total environmental impact. Implementation of ISO 14001 would require a company to catalog all the ways the business impacts the environment, (consumption of paper and electricity and hazardous waste production, for example) not just the impact of the fuel a vessel uses. A long list of requirements for this standard includes things such as communication of the program, training and education and management review to ensure the plan is in place and effective.

SIZE: It matters now; later, not so much …
Perhaps the size of your vessels or their area of operation precludes you from worrying about these latest acronyms in the maritime nomenclature. And, if you are reading MarineNews as part of our primary demographic, then you might be right – for now. Consider, however, that standards occurring at the over 400 gross tons mark often trickle down to smaller vessels later on.
The EPA VGP and the ballast water / invasive species quandary are perfect examples of this metric. And, who could forget the new subchapter M rules? Beyond that, an energy management plan can bring significant cost savings. While the discussion above touches only briefly on the subject matter, expansive amounts of information are available elsewhere.
Early entry into the thought process can aid in any vessel owner’s bottom line.

(As published in the September 2012 edition of Marine News - www.marinelink.com)