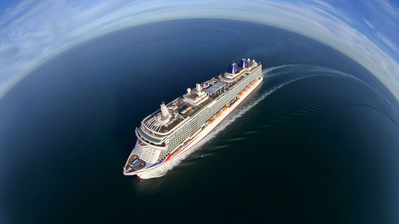 European Union antitrust regulators have suspended their investigation into Fincantieri's bid for France's Chantiers de l'Atlantique while waiting for the Italian shipyard to provide requested data.

The European Commission's website shows it halted the probe on March 13. Prior to that, it had been scheduled to rule on the case by April 17.

"This procedure in merger investigations is activated if the parties fail to provide, in a timely fashion, important information that the Commission has requested from them," Commission spokeswoman Arianna Podesta said.

"The current challenging context caused by the COVID-19 outbreak may have impacted the companies' ability to provide information in a timely fashion," she said.

Fincantieri last week failed to meet the EU deadline to offer concessions to address EU competition concerns, putting the deal on course to be blocked and dealing a setback to Italy's ambition to create a European industrial champion in shipbuilding.

EU competition enforcers are worried the combination of two global leaders in a concentrated and capacity-stretched market could result in price hikes for cruise ships.

Fincantieri's customers, among them the world's biggest cruise liners, have already voiced such concerns to the Commission, people familiar with the matter have told Reuters.