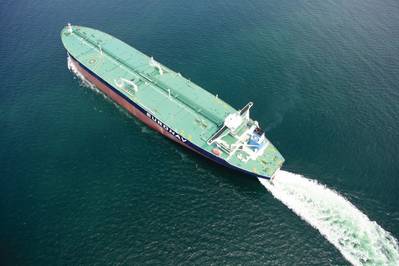 The company, which operates shipping and storage of crude oil, benefited from soaring demand for oil storage at sea as buyers struggled to find storage space on land for surplus crude during a global economic slump caused by the coronavirus pandemic.

“Tanker markets continued to deliver strong earnings throughout Q2 and into the early part of the third quarter", Chief Executive Hugo De Stoop said in a statement, but noted floating storage requirements declined sooner than it expected.

The company added the market pivoted earlier than it had originally expected towards 2019 consumption levels, driven by oil inventory and reduced supply and demand for crude oil.

As worldwide demand for oil increased, crude held on tankers fell below 150 million barrels by the end of June, down from more than 180 million barrels in late April, according to IHS Markit.

However, mounting coronavirus cases have recently undercut market confidence in a demand pickup.

Euronav cited an estimate by the Organisation for Economic Co-operation and Development that there will be an inventory build of over 500 million barrels from the dislocations of the first-half of the year to add to the 200 million barrels currently in floating storage.

Euronav, one of the largest tanker companies in the world, reported second-quarter earnings before interest, taxes, depreciation and amortization (EBITDA) at $354.9 million, up from $327.9 million in the previous quarter.