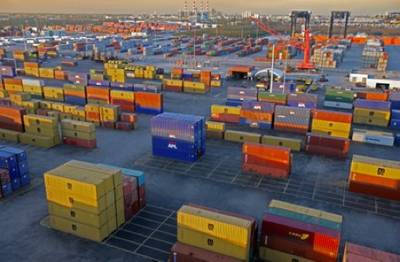 The new facility will combine an on-port international and domestic cargo rail facility. Florida East Coast Railway is investing $53 million to build and will operate the ICTF. Broward County's Port Everglades Department, which is a self-supporting Enterprise Fund that does not rely on local tax dollars, contributed 42.5 acres of land for the ICTF which is valued at $19 million.

The new Intermodal Container Transfer Facility (ICTF) at the Port will lead the way for Florida to attract new international business to the state through its seaports and support the creation of an estimated 135,000 jobs for Florida families. The announcement comes on the heels of the Governor's commitment earlier this week for $36 million of state funding for JAXPORT.

In addition, the Governor also committed $13 million to begin work on the Southport Turning Notch Extension project which will add more dock space for Port Everglades.

Florida East Coast Railways new 42.5-acre near-dock ICTF will facilitate containerized cargo transfer through the Port to/from the FEC main line by mid-2014.  The facility will be unique compared to similar facilities at other ports in that both domestic and international cargo will be handled at the site, which will result in the advantageous transfer for Port Everglades customers and local companies.

Florida East Coast Railway (FEC) Chief Executive Officer Jim Hertwig said, The new ICTF will allow the FEC to efficiently and effectively deliver superior transportation service between South Florida and the Southeastern United States. Upon completion, this new facility enables South Florida to be in a competitive position for additional freight and jobs. This facility will be able to handle the additional cargo of larger ships that are coming out of Europe today and when the Panama Canal expansion is complete and beyond.