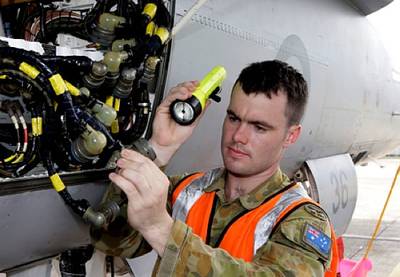 Commander Australian Contingent, Wing Commander Louis Nuttycombe, said the exercise was designed to share operational methods between the FPDA militaries and provides an opportunity to enhance relationships and interoperability with our security partners.

“Exercise Bersama Lima 2013 involves planning and rehearsing air and maritime operations in the South China Sea, Malaysia and Singapore,” Wing Commander Nuttycombe said. “The exercise will involve about 300 Australian Defence Force personnel alongside those from the other member nations.

“Many of the Australian participants will be operating at Headquarters – Integrated Area Defence Systems at Royal Malaysian Air Force Base Butterworth, which is where the exercise will be commanded,” Wing Commander Louis Nuttycombe added.

The FPDA exercise concludes 21, November, and is the longest standing multilateral arrangement in South East Asia.