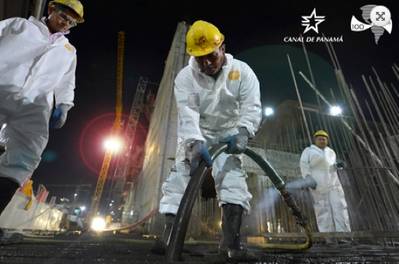 The Panama Canal Authority (ACP) state that it has demanded that GUPC, the lead consortium in charge of the construction of the third set of locks, resume full work on the project as required by the contract. In their statement ACP inform:

After two weeks of negotiations, which saw production levels drop to 25%, ACP say that almost all activity has ceased.

The Canal Administrator, Jorge Quijano, stated that ACP continues to try to find a solution [to the financial dispute], but stressed that the contractor must resume normal activity which is especially crucial during the dry season in Panama.