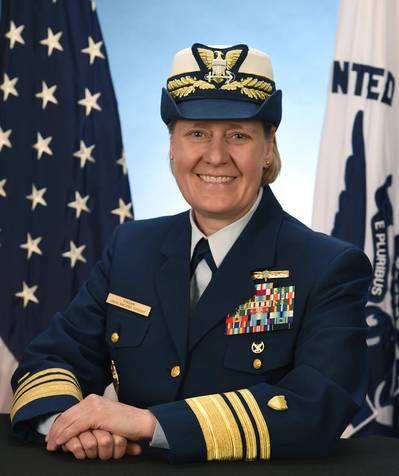 Vice Adm. Linda L. Fagan has been nominated by the White House to be the next Vice Commandant of the U.S. Coast Guard.  She would become the first Coast Guard female four-star admiral and the third woman to serve as Vice Commandant.

“Vice Adm. Fagan is an outstanding leader with 36 years of Coast Guard operations, policy-making, joint service, and interagency experience,” said Adm. Karl L. Schultz, Commandant of the U.S. Coast Guard. “Throughout her distinguished career, she has been a top performer and a trailblazer. As the Coast Guard’s first female four-star admiral, and President Biden’s nominee to serve as the Coast Guard’s 32nd Vice Commandant, Adm. Fagan will be instrumental in moving the Service forward at a critical juncture in our history.”