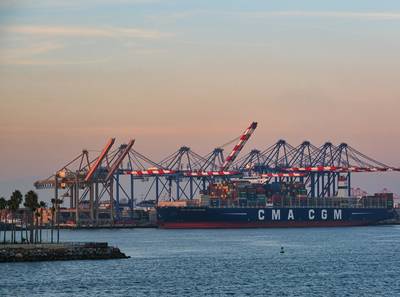 The Biden Administration’s struggles to alleviate supply chain capacity issues appear to be continuing with no end in sight. Part of the issue arises from the Administration’s limited focus on ports and another part arises from Congressional stalemates. Could the much-needed beltway leadership on these issues come in the form of the newly-tapped Maritime Administrator?

Biden focuses on ports to address larger issues
Throughout October the President and his Supply Chain Disruptions Task Force – including Port Envoy (and former Deputy Secretary of Transportation) John Porcari – met with representatives from the Ports of Los Angeles and Long Beach and the International Longshore and Warehouse Union (ILWU) to discuss the supply chain capacity issues throughout Southern California. The result of these meetings, as laid in an October 13 White House Fact Sheet, was that the Port of Los Angeles agreed to expand to 24/7 operations, which would be supported by the marine terminal operators and the ILWU members at the port.

As a follow up to these discussions, President Biden met with shipper interests in an effort to obtain their commitment to use these expanded port hours. The White House Fact Sheet indicated that President Biden had obtained commitments (although some commitments were extremely vague) from Walmart, UPS, FedEx, Samsung, Home Depot and Target, to increase their use of off-peak hours to move additional containers from Port of Los Angeles’ marine terminals.

However, anyone involved in the U.S. maritime industry knows that a myopic focus on expanded port operations will have minimal impact on the present supply chain capacity issues. The entire U.S. logistics network – including marine terminals, equipment providers, trucking companies, rail operations and terminals, and warehousing – is operating at or above full capacity. Driver shortages continue to impact trucking, which unless immediately resolved, puts a cap on the amount of cargo that can be moved out of overloaded marine terminals. Accordingly, absent a sudden (and highly unlikely) reduction in U.S. consumer demand, a whole-of-network approach is the only way that there will be any easing of the U.S. supply chain capacity issues.

Despite capacity challenges, infrastructure bill stalls
One of the major challenges in adopting a whole-of-network approach has been the absence of a single Federal authority with oversight over all aspects of the U.S. intermodal transportation network. Transportation stakeholders were hopeful that the infrastructure bill would solve this issue through the creation of a new Office of Multimodal Freight Infrastructure and Policy (OMFIP) within the U.S. Department of Transportation (USDOT). If the infrastructure bill is ever enacted, the OMFIP would provide a cohesive intermodal planning authority that has been sorely missing within USDOT. The OMFIP would be headed by a new Assistant Secretary for Multimodal Freight who, among other responsibilities, would be charged with (1) overseeing certain multimodal freight grant programs within USDOT; (2) facilitating the sharing of information between the private and public sectors with respect to freight issues; (3) conducting and overseeing research by USDOT agencies on improving multimodal freight mobility; (4) assisting cities and States in developing freight mobility and supply chain expertise and (5) coordinating with other Federal departments and agencies. By creating a unified authority with oversight over the entire U.S. supply chain, the infrastructure bill could resolve the disconnected planning of Federal modal agencies that has contributed to the present capacity issues.

Notwithstanding the potential opportunity to create an office that could contribute to alleviating supply chain capacity issues, as of the time of writing the fate of the infrastructure bill remains unknown. Progressive Democrats have stated that they will not support the infrastructure bill until there is a deal on the larger $3.5 trillion reconciliation spending bill, which includes measures to address climate change, paid family and medical leave, Medicare expansion, and universal pre-K education. Numerous Republicans and some moderate Democrats view these provisions as “poison pills” leading to a continuing standoff on the both the infrastructure and reconciliation bills. This standoff led to a short-term extension of surface transportation funding through October 31, which kept large parts of USDOT open. However, the clock is ticking to reach a long-term deal to avoid a shutdown of many USDOT agencies, which would further exacerbate the supply chain capacity issues. Clearly strong leadership is needed within the beltway to over these issues. 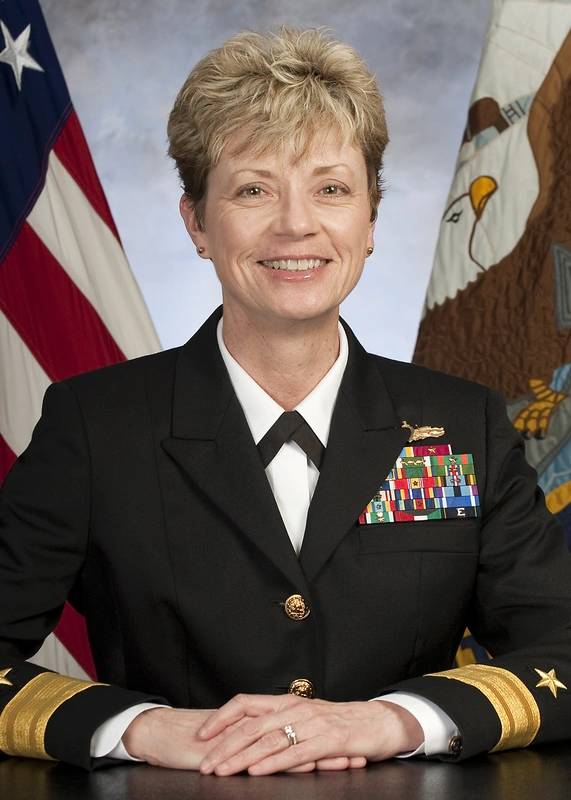 Biden finally taps a Maritime Administrator
Thankfully, additional maritime leadership is on its way as President Biden finally nominated a Maritime Administrator after the longest delay of any modern administration. Biden has selected Rear Admiral Ann Phillips, USN (Ret.), to lead the Maritime Administration (MARAD), a distinguished Navy Surface Warfare Officer, who served on the Chief of Naval Operations’ Staff as the Director of Surface Warfare (N86) prior to her retirement. Since retiring, Phillips has been focused on coastal resiliency and climate change issues, including in her current position as Special Assistant for Coastal Adaptation and Protection to Governor Ralph Northam of Virginia.

Phillips’ environmental background clearly aligns with the Biden Administration’s larger agenda, but her lack of any commercial maritime experience leaves many questions as to how her background will translate to serving as Maritime Administrator. Notwithstanding these questions, Phillips is viewed as a very capable leader within the beltway and her nomination appears to have bipartisan support. Accordingly, her nomination is expected to receive relatively quick Senate confirmation.

In addition to its role as the promotional agency for the U.S. maritime industry and U.S. Merchant Marine, MARAD is responsible for administering port-focused grant programs, including the Port Infrastructure Development Program. Once confirmed, Phillips will therefore play a key role in the Federal government’s response to U.S. supply chain capacity issues. Phillips’ challenges will not end there as she will be tasked with overseeing the forthcoming efforts to recapitalize MARAD’s aging Ready Reserve Force fleet and addressing a myriad of challenges at the U.S. Merchant Marine Academy. I am confident that she will rise to the challenge and will be a strong advocate for U.S. maritime stakeholders