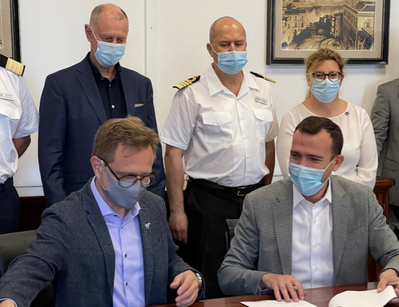 Italian shipbuilding group Fincantieri announced it has handed over Star Legend, the second of three lengthened and refurbished ships for U.S.-based boutique passenger yacht operator Windstar Cruises. The vessel was was delivered from Fincantieri's shipyard in Palermo.

“We’re proud to see Star Legend emerge from this major project with all initial plans completed,” said Windstar Cruises president Chris Prelog. “I am so thankful to Fincantieri for their great partnership on this complicated and innovative project. This is the ship I began my seagoing career on 20 plus years ago and to see it today like a new ship is more than exciting for me. I am blown away.”

Star Legend is scheduled to begin cruising in Northern Europe in September with the Belles of the British Isles sailing roundtrip London.