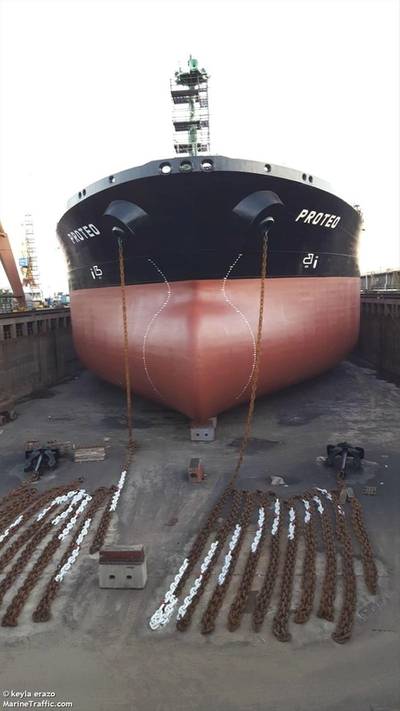 A fire swept through the engine room of a tanker owned by Venezuela's state oil company PDVSA on Monday while it was anchored at Amuay Bay near the country's largest refinery, three sources familiar with the matter told Reuters on Tuesday.

The extent of the damage to the Panama-flagged Aframax tanker Proteo was not immediately clear. But it highlighted the poor state of much of the fleet belonging to PDV Marina, PDVSA's shipping subsidiary, at a time when U.S. sanctions are complicating its ability to lease vessels from third parties.

Even before this fire, the Proteo had been inoperative, one of the sources said.

"The vessel is currently inoperative. There is a crew on board to try to recover it and put it in a functional state," one of the sources said on the condition of anonymity.

The sources said there have been no reports of injuries so far.

The company took back the Proteo and another dozen tankers from Bernhard Schulte Shipmanagement (BSM) earlier this year over a claim by the German maritime firm over unpaid operational fees. Since then, it has struggled to hire enough crew to operate the vessels itself, according to maritime sources.

A team from Venezuela's National Institute for Aquatic Spaces (INEA) planned to investigate the incident, the source added. Neither INEA nor PDVSA immediately responded to requests for comment.

PDVSA has largely been using those vessels for voyages between Venezuelan ports and floating storage. With the sanctions blocking imports of Venezuelan oil by U.S. refiners, previously PDVSA's largest customers, the amount of crude stored at sea due to a lack of buyers has risen dramatically.