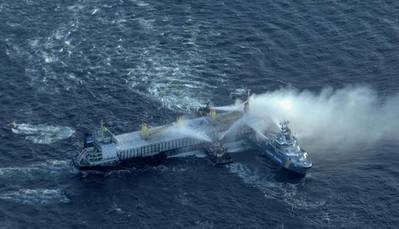 A fire on a cargo ship carrying timber off Gothenburg on Sweden's west coast was still not under control on Sunday after more than 24 hours, authorities said.

The Swedish Civil Contingencies Agency (MSB) said it had sent two helicopters, while several other authorities and organizations, including the Coast Guard, were also fighting the fire.

The ship's cargo, timber, had caught fire on Saturday, and while the ship itself was not burning, the fire was difficult to extinguish, MSB said in a statement.

"The ship contains large amounts of fuel and MSB has started preparations to be able to support with resources in case of a potential leak," it said.

The crew of 17 people had not been evacuated from the ship, news agency TT reported. It gave the name of the vessel as the Almirante Storni which, according to Refinitiv Eikon data, sails under the Liberian flag.

"We can't say the fire is under control, but at least it has not spread", a Coast Guard spokesperson told TT, adding the work could continue for several days. 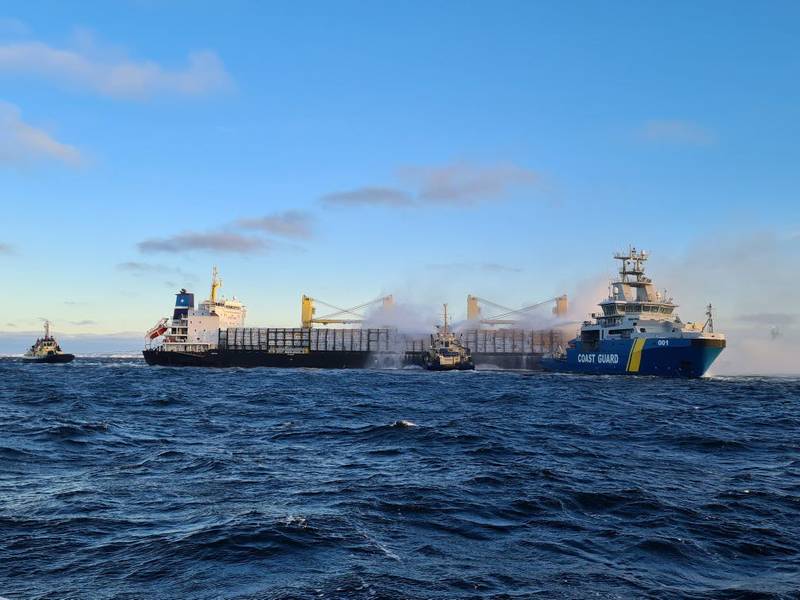