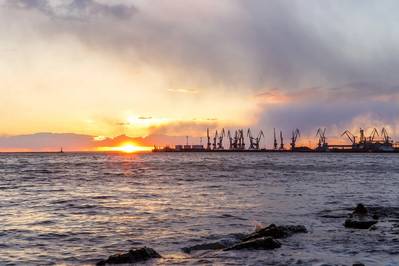 A ship has left the Ukrainian port of Mariupol for the first time since Russia took the city and is headed east to Russia with a load of metal, the Russian-backed separatist leader of the Ukrainian breakaway region of Donetsk said on Tuesday.

Ukraine said the shipment of metal to Russia from Mariupol, whose capture gave Moscow an overland bridge linking mainland Russia and pro-Russian separatist territory to annexed-Crimea, amounted to looting.

"Today 2,500 tons of hot-rolled sheets left the port of Mariupol," Denis Pushilin, the leader of the self-proclaimed Donetsk People's Republic, wrote on the Telegram messaging app. "The ship headed for (the Russian city of) Rostov."

Russia seized full control of Mariupol earlier this month when more than 2,400 Ukrainian fighters surrendered at the besieged Azovstal steelworks. Russia said last week that the port had been demined and was open again to commercial vessels.