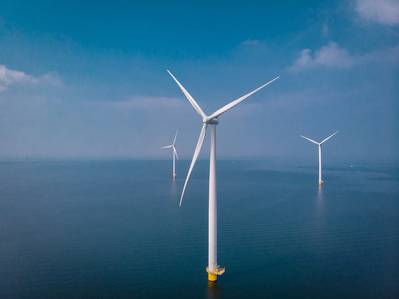 The first major U.S. offshore wind farm, planned for the Massachusetts coast, reached a key permitting milestone on Tuesday with the release of a long-awaited federal environmental study that considers the project's impacts on fisheries and navigation.

Publication of the document marks a step forward for the Vineyard Wind project, which has experienced delays over concerns that its wind turbines will hurt commercial fishing. The supplemental review by the U.S. Bureau of Ocean Energy Management, announced last year, also considered the impacts of many such projects due to the growing number of offshore wind farms planned for the East Coast.

The Trump administration has sought to fire up development of the nascent offshore wind industry as part of its policy to boost domestic energy production.

The 800-megawatt Vineyard Wind is expected to generate enough power for more than 400,000 homes in Massachusetts. The lease area is located 15 miles off the coast of Martha's Vineyard.

“We’re pleased that BOEM has published the (supplemental Environmental Impact Statement) and look forward to engaging with the agency and the many different stakeholders as we continue to make our way through this important public process,” Vineyard Wind said in an emailed statement.

BOEM will take public comments on the draft environmental review for 45 days before finalizing what is known as the Environmental Impact Statement, the last major milestone before project approval.

The draft considers several project designs, including a new alternative that would add a vessel transit lane to ease travel from New England ports to fishing areas. That option could delay project construction if additional survey work is required, the review said.

Vineyard Wind is a joint venture between Copenhagen Infrastructure Partners and Avangrid Inc.

BOEM is part of the U.S. Department of Interior.