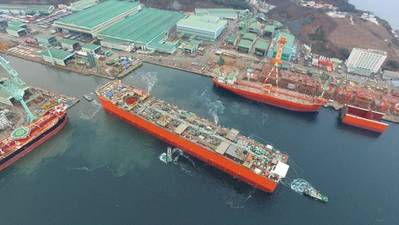 Eni-operated Coral South FLNG project is making progress with the first topside module installed aboard the hull of the under-construction FLNG unit destined to develop offshore gas fields in Area 4 of the Rovuma Basin, Mozambique.

Coral FLNG SA, an Eni-led JV developing the project, said Wednesday that the power generation module had been lifted aboard the hull, marking the start of the integration between the hull, launched in January, and the massive topside (12 process modules of around 70,000 tons), both currently under construction in South Korea.

"The construction of the FLNG facility, which is primarily carried out at Samsung Heavy Industry in South Korea with 7 main operating centers worldwide and a global supply chain, is progressing well aiming towards the commencement of production in 2022," Coral FLNG said.

The Coral South FLNG, a floating facility for the processing, liquefaction, and storage of gas, will be moored approximately 50 kilometers offshore of the Palma bay in the northern province of Cabo Delgado, Mozambique. Partners in the Coral FLNG SA are Eni, ExxonMobil, CNODC, ENH, Galp, and Kogas.

Namely, Cameroon was the first African nation to bring online an FLNG unit (in 2018), however, the vessel was converted from the 1975-built Moss LNG carrier and not purpose-built. 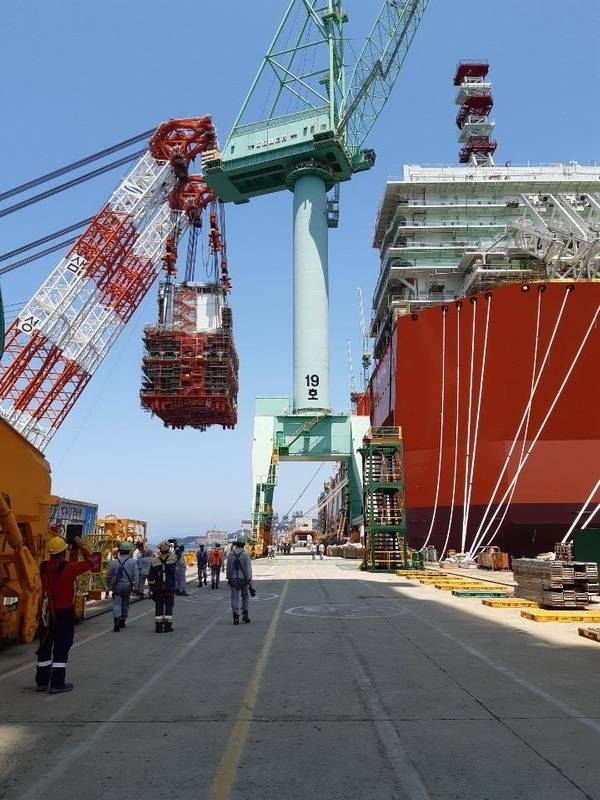