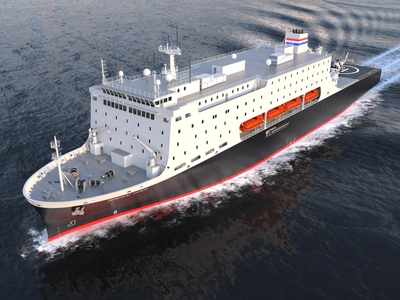 For professional maritime training, the 2020 holiday season was bright indeed. In a world clutching for optimism, officials from the U.S. Maritime Administration (MARAD) made a series of announcements that will strengthen, expand and intensify America’s maritime academic programs—really the maritime industry—for at least the next decade, likely much longer. Consider this string of news:

That shipyard work started just 19 months after MARAD named TOTE Services, LLC, to be the vessel construction manager, a new and innovative approach to federal shipbuilding. In April 2020, TOTE chose Philly Shipyard to build up to five NSMVs.

On December 22, more good news. The 2021 Federal Budget bill contained the following: “$390 million, to remain available until expended, shall be for the National Security Multi-Mission Vessel Program, including funds for construction, planning, administration and design of school ships.”

That same day the Maritime Academy at Texas A&M University at Galveston announced it would receive the fourth vessel, expected to be delivered in 2025. 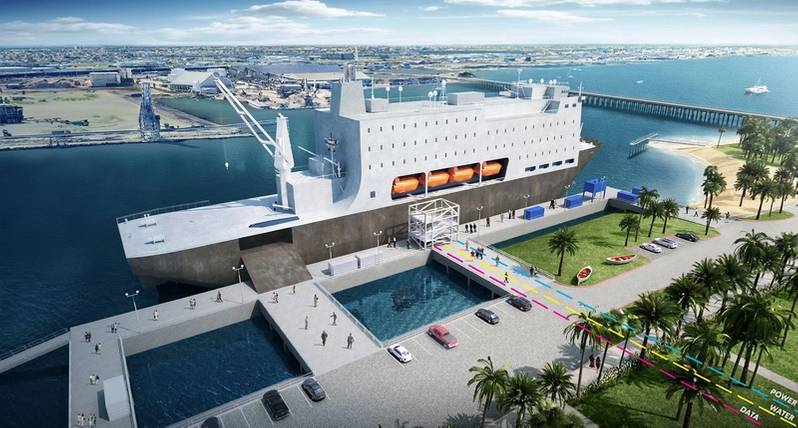 Stay tuned. In total, this is a $1.5 billion program. When additional funding is set, a fifth vessel will go to the California State University Maritime Academy in Vallejo, Calif.

As most people know, of course, announcements like these only come after years of hard work. Great programs don’t just happen.

It must be emphasized that the start of NSMV construction reflects shipbuilding newly and singularly focused on training. The vessels will have capabilities for other duties, but those are secondary. Training is the primary function of these new ships.

The NSMVs represent the culmination of work underway for over a decade, according to former MARAD Administrator Mark H. Buzby. “The new ships, and the programs they support,” Buzby said, “will further advance excellence in American maritime education and reignite the jobs engine that is America’s shipyards.” The NSMV construction will support 1,200 jobs at Philly Shipyard, and the yard will work with domestic mills for steel and with U.S. equipment manufacturers.

In reality, the new ships can’t get here soon enough. Note the phrase above – “the first purpose-built” training vessels. Training vessels heretofore have been, well, afterthoughts, if you will. Assets specifically needed to enhance teaching and training could not be prioritized when older vessels were converted to training vessels.

MARAD spokesperson Brije Smith said the NSMV is “a long-sought priority supported across several administrations and Congresses.” It took time, she explained, “to shift away from the century-and-a-half practice of adapting former Navy and cargo vessels to serve as training ships.” She noted other challenges: today there are fewer vessels that can be adapted for training and there are high costs inherent in purchasing and retrofitting foreign-built ships.

Importantly, the NSMVs will have a second operational mission. They will be owned by the federal government and, as needed, can be pressed into service for emergencies, for humanitarian missions, say, for hurricane and emergency flood response.

These will be big ships. In addition to educational assets, each NSMV will include hospital facilities, a helicopter pad, and the ability to accommodate up to 1,000 people in times of humanitarian need. The NSMVs will provide roll-on/roll-off and container storage capacity for use during disaster relief missions.

“The new NSMV,” Smith said, “will deliver a best-in-class training ship to prepare future mariners while also supporting the nation’s needs in crisis.” Educational outcomes can only improve, almost promising extensive payoffs considering that state maritime academies graduate more than half of all new officers each year. 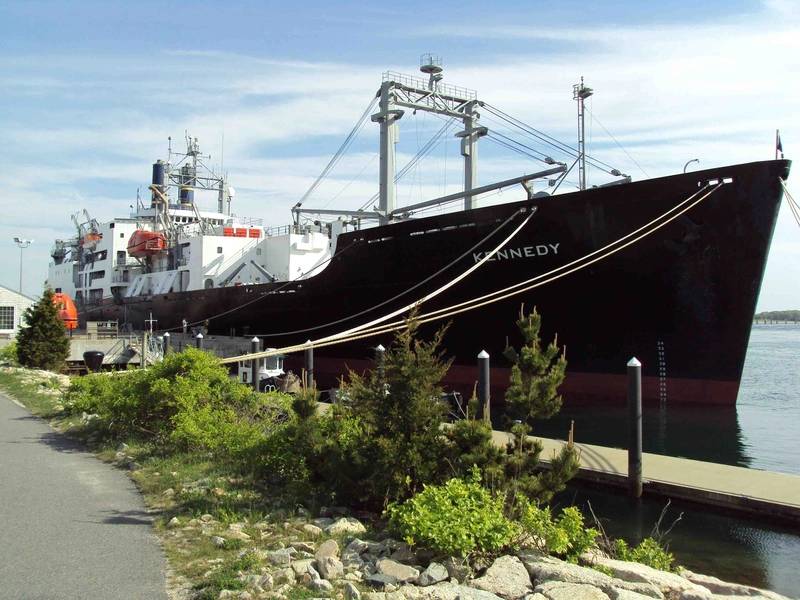 One of the new NSMVs will replace the training ship Kennedy, currently used by Massachusetts Maritime Academy. The ship is more than 50 years old. (Photo: Mass. Maritime)

Concerted leadership from all the maritime academies was pivotal in developing NSMV program goals and bringing it to fruition. Academy leadership worked with their Congressional delegations and MARAD, but requests and priorities were delivered as a team message.

Col. Michael E. Fossum is superintendent of the Texas A&M Maritime Academy at Galveston, the school slated to receive the fourth vessel. He commented on the academic lobbying and partnerships: “Officials sit up and take notice when people from Texas work with people from New York to help New York get a boat.”

When asked about the big news in December, Fossum commented that “it was a long time coming, almost an impossible dream four years ago that we would actually start building the NSMVs.” He too emphasized that ships for training were prioritized. “The current ships are too old,” he said, “inadequate to do the job here in Texas.”

Rear Admiral Francis X. McDonald is president of Massachusetts Maritime Academy, due to receive the second new NSMV. McDonald explained that funding for the new vessels became available in early 2018 when, in a bipartisan move, Congress significantly raised defense and non-defense discretionary spending caps. The President followed with a budgetary addendum: $300 million to replace the two oldest training ships, the TS Empire State and the TS Kennedy. This expenditure, though, would have converted older vessels.

McDonald said that Congress intervened, aware of the value of new purpose built—and U.S. built—vessels, directing the $300 million to build the NSMV. Congress funded a second vessel about a year later.

As they anticipate receipt of the new vessels, Fossum and McDonald were asked about the most significant new educational attributes offered by the NSMVs.

For McDonald, it’s technology. “This is really a twofold attribute with both state-of-the-art engineering systems and real-world navigation equipment,” he explained. “This is a win for our cadets as they seek employment. It also provides the opportunity to showcase the importance of the maritime industry and what it means both globally and closer to home in attracting a new more diverse generation of future mariners.” He added that cadets will (finally) be training on systems in use throughout the fleet. Mass. Maritime has 1,600 undergraduate cadets. 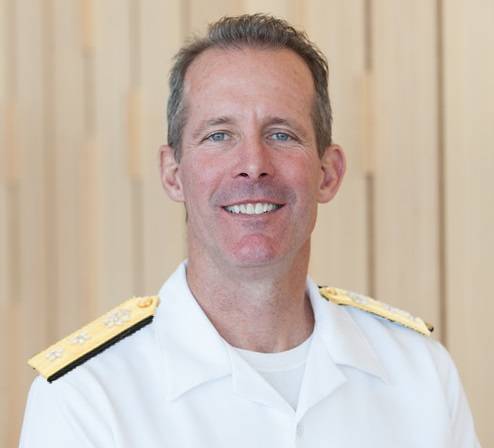 "This is a win for our cadets as they seek employment. It also provides the opportunity to showcase the importance of the maritime industry and what it means both globally and closer to home in attracting a new more diverse generation of future mariners." – Rear Admiral Francis X. McDonald, president, Massachusetts
Maritime Academy (Photo: Massachusetts Maritime Academy)

An instructional highlight noted by Fossum is that the new vessels will have two bridges, a unique feature offering teaching advantages. The ships will have a regular bridge, of course, and just below, a training bridge, a site that expands chances for more cadets to get their hands on the controls. “They won’t be steering downstairs,” Fossum explained, “but they can learn to run the systems, to monitor radar, to navigate.” He emphasized, “This isn’t a simulator. It’s all windows, a mirrored system with radar displays and navigation components. It’s real.”

For Texas’ programs, and its 450 cadets, Fossum said just the sheer size of the new vessel will have the greatest training impact. He anticipates the capability to have 300-400 cadets on board at one time. In comparison, the current training vessel, the TS General Rudder, accommodates around 50 cadets. Larger engine rooms and larger training spaces offer enhanced and expanded opportunities.

McDonald, too, noted “sizable training spaces and modern equipment will allow us to better utilize the classroom and lab time while on board.” He said Massachusetts Maritime typically sails with 600 cadets and another 100-ship crew, personnel, medical, food service and duty officers, to name a few. Dedicated spaces will allow cadets, crew, staff and instructors to perform necessary training, maintenance, watchkeeping and daily routines safely and efficiently. 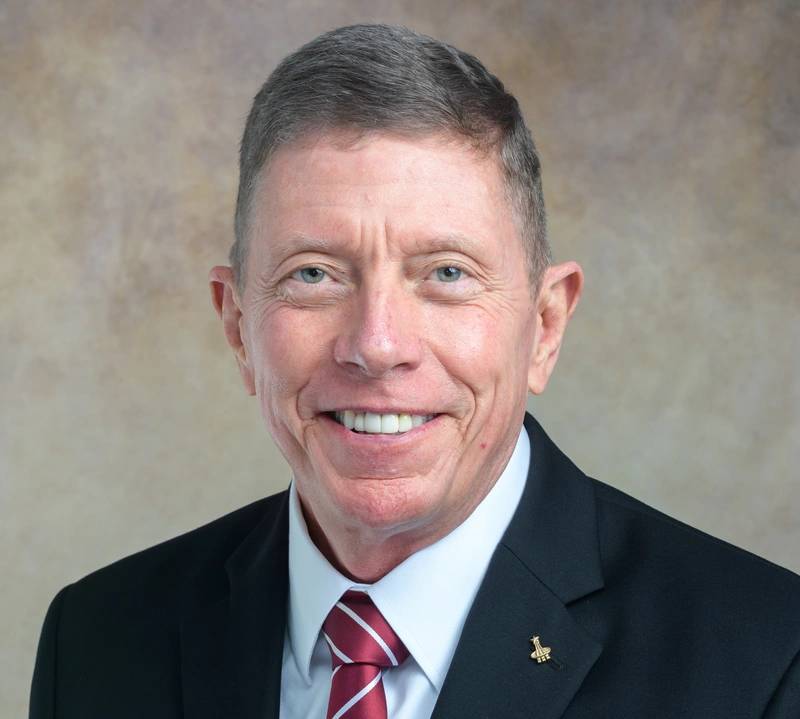 For Fossum, the new vessel will offer more cadets a chance to learn in what he characterized as “an immersive environment.” “Sea-terms,” he said, “is where you put it all together.” There will be onboard classes, but critically cadets will experience and learn from real work: 24-hour operations, four on, eight off, all positions, dealing with weather, traffic, maintenance, docking. “They will be doing all of the hands-on things that will soon be part of the world they are licensed to operate in,” Fossum said.

Importantly, as vessel construction starts, academy leaders have opportunities for forethought, to be deliberate about new, specific training assets, e.g., a second bridge. MARAD’s Smith said the state maritime academies will provide the vessel construction manager (TOTE Services) with the training equipment needed for each academy’s various programs. This could include lab equipment, computer simulators, as well as resources for students. Again, planning, not repurposing.

The NSMV will also provide the state and nation greater disaster and emergency response capabilities. Fossum noted, for example, there were nine named storms in the Gulf last summer. During Hurricane Harvey, in 2017, the academy’s training ship was used to rescue offshore oil workers. It could only carry 35 people. The new vessel: 1,000. When needed, the new NSMVs will become significant regional emergency assets.

As noted, the NSMVs are owned by the federal government. Formally, they are part of MARAD’s National Defense Reserve Fleet. They are on a custodial loan to the state maritime academies, which contribute to upkeep, provide a berth and perform general maintenance.