Flurry of Charters for DOF Subsea 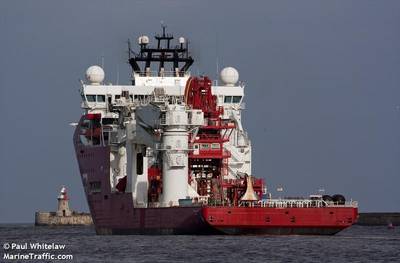 Offshore vessel operator DOF Subsea has said it has secured several new contracts in the North Sea, Mediterranean, and Africa, however, without sharing the clients' identity.

All works under the new contracts are expected to be carried out between the fourth quarter of 2020 and the second quarter of 2021.

"All awards include Project Management, engineering, procurement and logistics which shall be delivered by our integrated subsea team across Bergen, Aberdeen, and Luanda," DOF Subsea said.

In the UK North Sea, DOF Subsea will assist an unnamed "key client" with a winter subsea inspection program on the UK continental shelf. In Norway, it will support an unnamed "leading operator" with start-up and commissioning activities for a subsea satellite development in Norway.

In Angola, DOF Subsea will carry out a greenfield AUV and ROV seabed mapping campaign for an international client, prior to starting a previously announced contract.

While it didn't say specifically which previously announced work it was referring to, the company had in September said it had won an integrated Field Support Vessel (FSV) contract with an international oil company in Angola, with Skandi Seven vessel tipped for the job.

Further, DOF Subsea said Friday it had mobilized the Skandi Neptune from the North Sea for an undisclosed international client in Africa, conducting FPSO class and field inspections program. The company did not provide any details on the Mediterranean Sea contract.