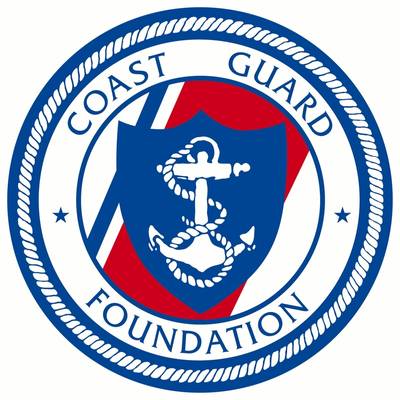 The Coast Guard Foundation, a nonprofit organization committed to the education and welfare of Coast Guard members and their families, announced today that its 2013 Pacific Northwest Awards Dinner will take place on Thursday, September 12, 2013 in Seattle, Washington. Honoring the bravery and heroism of the more than 6,000 U.S. Coast Guard men and women in the area who courageously serve, protect and defend our nation, its people and mariners operating in its waters, as well as its marine environment and natural resources; the Pacific Northwest Awards Dinner is sponsored by Seattle-based Vigor Industrial and will feature a pre-event reception, live and silent auction and dinner.

“Throughout the Pacific Northwest over the last two years, the Foundation has funded more than $80,000 in fitness and morale gear, and provided more than $50,000 to assist enlisted members to further their education and $40,000 in scholarships to Coast Guard children,” said Anne Brengle, president, Coast Guard Foundation. “We are very proud of what we have been able to accomplish, but know there is so much more than we can do for the Coast Guard members in the area who patrol and protect the more than 3 million miles of ocean and coastal areas throughout the Pacific Northwest, Alaska, the Arctic and the Northern Pacific. We invite you to join us in supporting these brave men and women.”

In addition to sponsorship from Vigor Industrial, the Coast Guard Foundation tribute event in Seattle is supported by Holland America Line, Foss Maritime, and other Seattle and Pacific Northwest-based corporations and individuals. Since 1969 the Coast Guard Foundation has been committed to inspiring leadership, learning and a proud legacy of service to our nation by supporting the men of women of the United States Coast Guard. The Foundation provides higher education grants to enlisted members, reservists and their children; college scholarships for families of Coast Guard members lost in the line of duty; and support for morale programs, including funding recreation, exercise and family-oriented facilities all around the country.

The Coast Guard Foundation’s 2013 Tribute to the Coast Guard in the Pacific Northwest will take place Thursday, September 12, 2013 at Bell Harbor International Conference Center, 2211 Alaskan Way, Pier 66, Seattle, Washington. The event will begin with a cocktail reception, tour of Coast Guard ships and silent auction at 4:00 p.m., followed by dinner and program at 6:30 p.m. To sponsor, reserve a table or purchase tickets for the Pacific Northwest Tribute visit the www.coastguardfoundation.org or call (860) 535-0786.