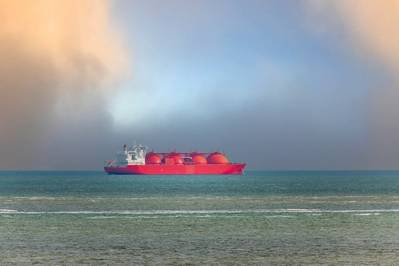 The European Union is bracing for any further fall in gas flows from Russia, which had been the 27-nation bloc's biggest supplier before it invaded its neighbour Ukraine in February and trade was disrupted.

German Chancellor Olaf Scholz said last week that building a pipeline from Portugal through Spain and France to the central European states that are more reliant on Russian gas would "massively relieve the supply situation". Read full story

Spain hosts Europe's largest fleet of terminals that can receive liquefied natural gas (LNG) from countries such as the United States and Qatar, but has limited capacity to take that on to other countries.

The French ministry said in a statement that new LNG terminals, which can be made to float, in Northern and Eastern Europe, particularly Germany, would be a quicker and cheaper option than a new pipeline.

Discussions around new infrastructure have included reviving a project to build a pipeline across the Pyrenees that was partially constructed before being shelved in 2019.

Regulators on both sides of the border decided at the time the project did not meet market needs. It met local opposition in the Rhone Valley and from environmental associations, the French ministry said, adding:

"Such a project would take many years to become operational ... and would therefore not respond to the current crisis."

Spanish officials have recently talked in more concrete terms about the project, stipulating that the European Union would have to pay. Gas grid operator Enagas ENAG.MC has said the whole thing could be finished in 2-1/2 years at a cost of 600 million-700 million euros.

Broader aims to slash planet-warming carbon emissions must also be taken into account, the French ministry said, underlining the use of hydrogen, which can be produced with renewable electricity, is in its infancy.

Enagas and other European operators are working on preparing the continent's infrastructure to carry hydrogen.