Sotirios Mamalis is the Manager, Sustainability - Fuels and Technology at the... 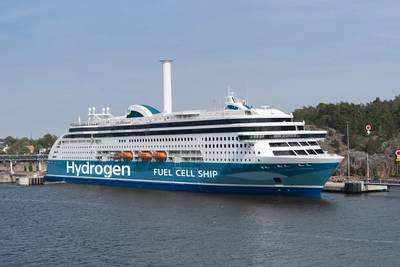 Climate change and reliable, clean, low emission fuels are the important factors for ship operators since January 1, 2020. Twelve months into the IMO2020 transition and the climate change debate is increasing as the primary discussion point on the world agenda – from industry events to the board rooms of the global corporations. Relative to this is the reliable supply of fuel since changing marine fuel represents a large investment that requires major changes to a typical ship that has a lifetime of approximately 30 years. If a ship adopts a new technology to reduce its environmental impact, the decision has to be considered to ensure that it will benefit the environment during the entire operation lifetime of the vessel.

From a shipowner perspective, economic criteria is most important, which is not surprising since it affects their business the most. From a fuel provider perspective, technical criteria are a priority. In reality the economy of any industry decides. Even for authorities and governments, economy is important because it affects the amount of subsidies needed for introducing alternative fuels for marine use.

Aspects which influence the economic impact of current day alternative choices in marine fuels is focused on the relative costs of new investment propulsion for a newly built container ship. However, it is also possible to retrofit existing vessels to run on alternative marine fuels. Using retrofits instead of new-builds can affect the economic viability and step change in use of alternative fuels. Added to this are fuel price fluctuations especially as prices will change in the lead up to 2030. Fuel prices are affected by the selection of alternative marine fuels, as they are likely to have economy of scale and will become less costly when production increases.

In order to reduce the emissions of harmful greenhouse gasses, the search is on for alternative fuels for the maritime shipping industry. The usefulness of hydrogen and hydrogen carriers is being investigated as a fuel for sea going ships. Due to the low volumetric energy density of hydrogen under standard conditions, the need for efficient storage of this fuel is high. And, with world trade and global economic growth highly dependent on shipping, today’s ‘masters of the seas’ transporting over 90% of the volume of all goods by our oceans, means that decoupling transport emissions is one of the largest challenges facing the today’s ship operatives.

Already post 12 months into the IMO2020 transition period, good progress is being made, but while there are a number of evolving technologies and energy efficient measures available that decrease air pollution and greenhouse gas emissions, for the shipping industry to succeed with cutting greenhouse gas emissions, energy efficient measures alone are not enough. Low-emitting alternative fuels in the decarbonizing journey are critical to the industry’s transition to a low carbon future.

One possible ‘near-term’ solution is hydrogen – a zero-carbon fuel that is being considered for use in marine applications. The other zero-carbon fuel is ammonia and the production pathway of the two are very much interlinked. Hydrogen can be produced from many different sources, utilizing conventional or renewable energy, which determine the cost of the fuel to the end user, as well as its lifecycle carbon footprint.

Strong dependence on natural gas and coal means that the production of hydrogen is very carbon intensive, ranging between 10 tCO2/tH2 for natural gas to 19 tCO2/tH2 for coal, but these emissions can be reduced with the use of carbon capture and sequestration technology. The extraction of hydrogen from natural gas is achieved through reformation using three methods: (i) steam reforming, which uses water as an oxidant and a source of hydrogen, (ii) partial oxidation, which uses the oxygen in air in the presence of a catalyst, and (iii) autothermal reforming, which is a combination of the first two. In all cases, syngas (CO + H2) is formed and then converted to hydrogen and CO2 through the water-gas shift reaction. However, in order to reduce the carbon intensity of hydrogen production, biomass can be used for production of syngas though gasification, or renewable electric power can be used to electrolyze water. Once produced, hydrogen can be stored as a gas or liquid, depending on the amount, the storage time, and the required discharge rate. Storage is a further area of consideration. Different applications create different storage needs as hydrogen use can range from small-scale mobile and stationary applications, to large-scale intercontinental trade.

The availability and low cost of coal and natural gas make the production of hydrogen more economical in the near-term. The cost of brown and gray hydrogen ranges between $1-4/kg, whereas that of green hydrogen currently ranges between $6-8/kg. The cost of producing green hydrogen since 2015 has fallen by about 50%, and this trend is expected to continue up to 2030 and beyond, as the projects focused on deploying renewable energy for hydrogen production increase. Hydrogen Hubs using a combination of wind, solar and wave energy to lower the cost of production in the medium term are could be commercially viable with proven technology. Reducing the cost of green hydrogen to $2/kg can make it competitive for use in the marine sector.

The heating value of hydrogen is the highest among all candidate marine fuels at 120 MJ/kg. However, its energy density per unit of volume, even when liquefied, is significantly lower than that of distillates. Compressed hydrogen at 700 bar has only ~15% the energy density of diesel, and therefore in storing the same amount of energy onboard requires about 7 times larger tanks. This means that compressed or liquefied storage of pure hydrogen may be practical only for small ships that have frequent access to bunkering stations. The deep-sea fleet may need a different medium as a hydrogen carrier, such as ammonia or Liquid Organic Hydrogen Carriers (LOHC), to limit significant loss of cargo space. Ammonia has higher energy density than hydrogen which reduces the need for larger tanks, but its advantages need to be weighted against the energy losses and additional equipment required for conversion to hydrogen before it is used in the engines or fuel cells [IEA, 2019]. Alternatively, ammonia can be used directly as a liquid fuel in engines, rather than in use as a hydrogen carrier. Reducing the size of the tanks needed for hydrogen storage is an active research area. In addition, hydrogen storage in solid-state materials such as metal and chemical hydrides, is in the very early stages of development but it can enable higher density of hydrogen to be stored at atmospheric pressure.

Then we come to the actual bunkering facilities where costs are expected to be higher than that of LNG facilities, primarily because of the higher cryogenic storage requirement of liquid hydrogen and the material required for tanks, pipes, and seals. The key component costs are the storage and bunker vessels, which need to be scaled based on the number of ships serviced. In smaller ports the on-site availability of hydrogen would be needed given the lower flows and high cost of dedicated hydrogen pipelines. However, ship and infrastructure costs are a relatively small fraction of total shipping costs over a typical 15-20 year lifespan, with the fuel cost being the primary factor [IEA, 2019].

Developing the hydrogen economy is seen in energy and transport sectors as the potential long-term objective to provide a sustainable and clean future. Ship owners, ports and regulatory institutions like the IMO, will have to make strategic choices on the methods of hydrogen storage for shipping. The transition to hydrogen requires its production from clean renewable sources and the commercialization of fuel cells. Fuel supplied directly from hydrogen sources, rather than through the reforming of other hydrogen carriers, is the preferred option. It is an important part of our clean and secure energy future, and a significant contributor to the reduction of energy consumption and greenhouse gas emissions in the maritime sector.

TotalEnergies Ramps up R&D into Ammonia as Marine Fuel

TotalEnergies announced today that it is extending research into the viability of ammonia as an alternative marine fuel,…