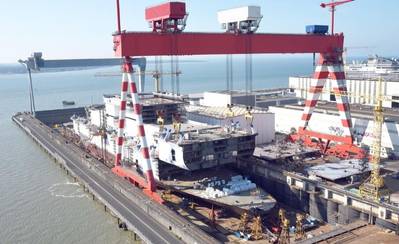 Italy sees the deal by Europe's largest shipyard as an opportunity to create a European industrial champion in the shipbuilding industry to better compete with rivals from Asia and other regions.

EU antitrust enforcers, however, worry the deal between two global leaders in an already concentrated and capacity-constrained market could push up prices for cruise ships.

The European Commission on March 13 suspended its investigation into the deal while waiting for the companies to provide data it had requested.

Vestager said one reason for halting the probe was related to the COVID-19 crisis, while the other was because competition enforcers were still having "some difficulty in figuring out what will be the fallout, what will be the market results after that case".

"So I think it will still take quite some time before that case will have a ticking clock again," she said.

In March, Fincantieri failed to meet an EU deadline to offer concessions to address EU competition concerns, putting the deal on course to be blocked.

Despite its tardiness, however, it could still provide concessions to get the deal through, a person familiar with the matter said, because of the case's political ramifications.