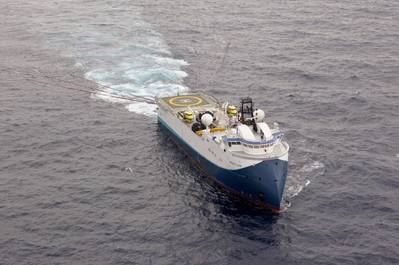 GC Rieber said Thursday it had agreed to sell shares in Shearwater decreasing its ownership from 17.0% to 8.5%. Gross proceeds from the sale will be USD 50.5 million, GC Rieber said.

"The sold shares had book value of USD 41.6 million per 31 March 2021. Following the transaction, which is expected to be completed shortly, GC Rieber Shipping will not hold rights in the shareholder agreement and the remaining shares will be booked as financial assets at fair value," the company said.

"The sale increases GC Rieber Shipping's investment capacity and positions the company to build a diversified portfolio of investments based on our experience and competence of developing maritime projects", Einar Ytredal, CEO of GC Rieber Shipping.

He said: "Shearwater was established in 2016 and has since grown into a world leader within marine seismic acquisition and is well-positioned to benefit from an increase in activity within the segment. Through  its remaining ownership, GC Rieber Shipping will continue to take part in the
further value creation of Shearwater."