GEG to Power Port of Nigg Facilities with Green Hydrogen 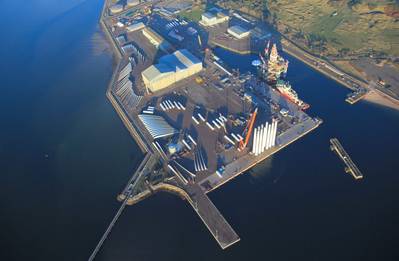 In an eventful week in which its Port of Nigg was selected as a turbine foundation marshaling port for the giant Seagreen offshore wind farm, UK-based Global Energy Group said Thursday it had struck a deal to power its Port of Nigg facilities using green hydrogen, to significantly reduce emissions at the site.

The company has teamed up with ScottishPower to identify processes and plant at the facility on Cromarty Firth that could be powered by green hydrogen.

Green hydrogen will be generated at the Nigg site and used to power heavy plant, machinery, and vehicles used in the daily operations at the site and to power high temperature, energy-intensive processes like the manufacturing of offshore wind components.

Scotland’s Energy Minister, Paul Wheelhouse, said: “Hydrogen has a potentially very important role to play in ensuring Scotland becomes a net-zero economy by 2045. Our abundant natural resources will support the establishment of a thriving hydrogen sector here, in Scotland, and in the emerging global hydrogen market.

"It is clear that hydrogen is not just an energy and emissions reduction opportunity; it could also have an important role in generating new economic growth for Scotland by creating new jobs, and supporting a just transition. This is why the Scottish Government is investing an additional £100 million over the next five years to help realize this potential.

“The pace of industry-led hydrogen projects in Scotland is accelerating and I am pleased that ScottishPower, through their recently launched Green Hydrogen Business, have signed an agreement with Global Energy Group at their Port of Nigg site to identify how green hydrogen would be generated at the site."

According to the statement released on Thursday, the adoption of green hydrogen - a process which uses energy from renewable sources to generate the electricity required to produce the hydrogen – would significantly reduce the carbon emissions at the site.

Carruthers adds: “Electrification is vital to helping the UK decarbonize, but, in order for us to reach our climate change targets, we need to start developing and delivering green hydrogen now to the places where electrification can’t reach.

"Over the next five years we need to see industries as whole, and individual companies, that can’t be powered by electricity alone following in Global Energy Group’s footsteps and taking the decision to adopt green hydrogen."

The Port of Nigg is the largest port in the Cromarty Firth in the north-east of Scotland, and with its deep-water quayside, the site has already supported the construction of two of Scotland’s largest offshore wind farms and was recently awarded the marshaling, storage, and logistics base for Seagreen Offshore Wind Farm, a 1,075MW offshore wind farm in the Firth of Forth.

The Port is expected to play a significant role in future offshore wind development as the UK aims to reach 40GW by 2030, Global Energy Group said. 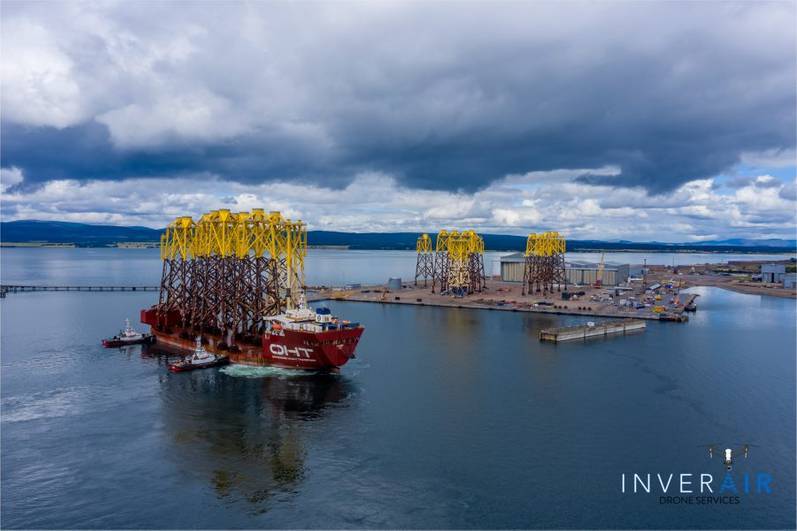 Global Energy Group’s Chief Executive Officer, Tim Cornelius said: “In just under a decade we have invested over £90m into the Port of Nigg, transforming it into a first-class, new age, multi-energy sector facility. Now, as we work to further expand our site to help deliver the UK’s offshore wind ambition we need to look at what we can do to lower our own carbon emissions.

“Green hydrogen presents us with a major opportunity and we are thrilled to begin working with ScottishPower. The benefits go beyond lowering our own carbon emissions in our operations at Nigg, but also potentially gives us the ability to support the wider Cromarty Firth and Highland area with their operations and net-zero targets.

“This agreement will be a pioneering project for ScottishPower, showcasing what green hydrogen can help an industry achieve.”

The partnership between ScottishPower and Global Energy Group will now begin with a feasibility study to assess the full potential range of processes that could be supported by hydrogen and the most efficient and innovative way of delivering an end-to-end hydrogen production facility at the Port of Nigg, GEG said Thursday.

Maersk Training UK (MTUK) has appointed a new managing director as the company looks to expand its offering to the North Sea energy sector.