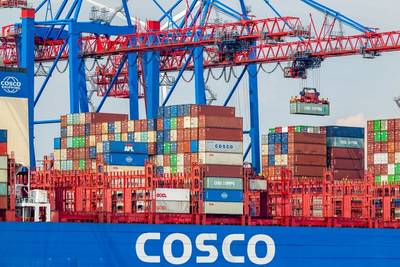 German Chancellor Olaf Scholz on Thursday stressed the need for Europe to diversify its relations to ensure it is not dependent on any one nation, a day after he pushed through a decision to let a Chinese firm invest in a terminal at the country's largest port.

Businesses must ensure that they have multiple supply chains to obtain their goods and that their investments are not concentrated on just one country, added Scholz in a joint news conference with Greek Prime Minister Kyriakos Mitsotakis in Athens.

"Those who had not considered this carefully enough for a long time are doing it now in light of the developments worldwide," said Scholz when asked about Europe's China ties.

At the same time, Scholz defended the German government's decision to allow China's Cosco to take a 24.9% stake in a terminal in Hamburg as good and correct - one that brought on protest within the governing coalition over concerns about Chinese influence.

He emphasized that the "ground and soil" of the port in Hamburg were state property and would never be privatised.

The approved investment is less than the initially planned 35% stake that the Chinese shipping giant and logistics firm HHLA had aimed for and does not give Cosco any say in management or strategic decisions.