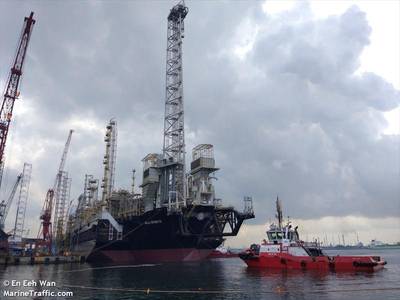 After this, the companies plan to jointly publish their thoughts "as we focus in on the technical and commercial viability of the most prospective floating applications of the green and blue technologies and areas of interest that we intend to investigate together."

"Any project development and implementation that follows the initial research and investigation stages above will be subject to a separate commercial agreement between the two companies," Golar LNG said.

Golar CEO Iain Ross said: "As a company with an established history of championing and delivering disruptive solutions to problems in its industry, and a serious and continuous commitment to its ESG agenda, Golar looks forward to working with a likeminded and equally capable partner, in the field of floating ammonia and hydrogen production, carbon capture, and other decarbonization initiatives.”

“This collaboration builds on years of delivering commercial and technology innovation with Golar, a visionary in monetizing natural gas reserves,” said Hoe Wai Cheong president of Black & Veatch’s oil and gas business. “Given hydrogen and ammonia’s use in many energy-intensive industries, we can make meaningful progress in lowering the carbon footprint and help these industries meet new sustainability commitments.”