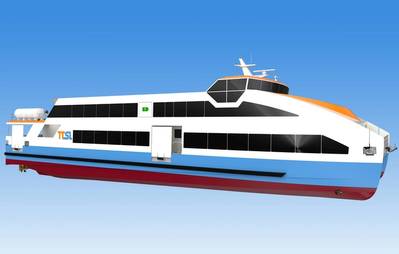 The 40-meter-long ferries are designed based on a catamaran-type hull form specifically optimized to make the most of the almost 2MWh of electrical energy stored in its batteries, with silent operation and no CO2 emissions. With a capacity of around 540 passengers, they are expected to transport some 19 million people each year on the Tagus River between the banks of Lisbon and the south of the Portuguese capital.

GONDAN was selected after an international public tender in October 2020, and the deal was approved by the Portuguese Court of Auditors in January.

With a construction program of 10 vessels, GONDAN’s GRP Division has a stable workload until 2024, including a recent contract for two wind-powered vessels to be built on steel hulls at its Figueras facilities.