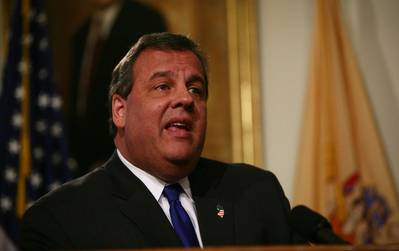 The new catamaran ferries, financed by NY Waterway, will be placed in service between Belford in Monmouth County and Manhattan, a route originally conceived by Monmouth County Freeholders.  Construction of the two 400-passenger ferries is due to begin in December, 2013, with the first ferry beginning service in early 2015, and the second ready in the third quarter of 2015.

The ferries were designed by Michael LeMole of LeMole Associates in Tuckahoe.

Each ferry will be powered by twin EPA “Tier 3” compliant engines.

“I’m pleased today to announce the construction of two state-of-the-art ferries that will make life easier and more efficient for commuters between Monmouth County and Manhattan,” said Governor Christie. “For more than 40 years, New Jersey-based Yank Marine has built and repaired quality vessels, and their experience and talent will vastly improve the daily travel experience for thousands of New Jerseyans,” said Gov. Christie.

“Like NY Waterway, Yank Marine is a New Jersey-based, family-owned business committed to quality and service,” said Mr. Imperatore.  “We value this partnership which will benefit millions of Garden State commuters in the decades to come, as these worthy boats carry them to work in safety and comfort.  Millions of other New Jersey residents will benefit because our ferries keep thousands of cars off our streets and roads.”

“My family and our dedicated workforce are honored by this opportunity to use our 40 years of quality boat-building experience to provide safe, reliable, innovative travel options for New Jersey commuters,” said Mr. Yank.  “Years from now, another generation of commuters will cruise through the Verrazano Narrows and say, ‘These are Yank boats.’”

The new ferries will be U.S. Coast Guard-licensed for 400 passengers, with seating for 350 passengers in fully climate-controlled cabins.  There will be outside open deck space on both the lower and upper deck.  The vessels will have a service speed of 28 knots, about 33 mph, making them among the fastest boats operating in New York-area waters.

NY Waterway carry 30,000 passenger trips per day – 8 million trips per year – on 33 boats serving 21 routes between New Jersey and Manhattan, and between Rockland and Westchester counties, and between Orange and Dutchess counties.

Yank Marine is a New Jersey based shipyard employing over 50 people in Tuckahoe, Cape May County.  In business for more than 40 years, Yank has constructed over 100 new build vessels, and repaired tens of thousands of vessels.  Some of the major contracts in the yard are the U.S. Coast Guard, U. S. Army Small boat service, Army Corp of Engineers and NJ State Police.