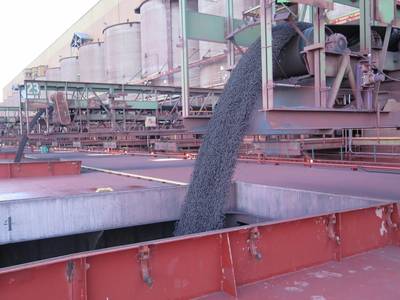 Shipments of iron ore from U.S. ports on the Great Lakes totaled 5.1 million tons in September, a decrease of 5.6% compared to a year ago, the Lake Carriers' Association (LCA) said on Tuesday. Shipments were below the month’s five-year average by 6.5%.

Year-to-date the iron ore trade stands at 29.2 million tons, a decrease of nearly 21.8% compared to the same point in 2021, according to latest figures from LCA.

Through September iron ore loadings are 20.1% below their five-year average for the first three quarters, LCA. 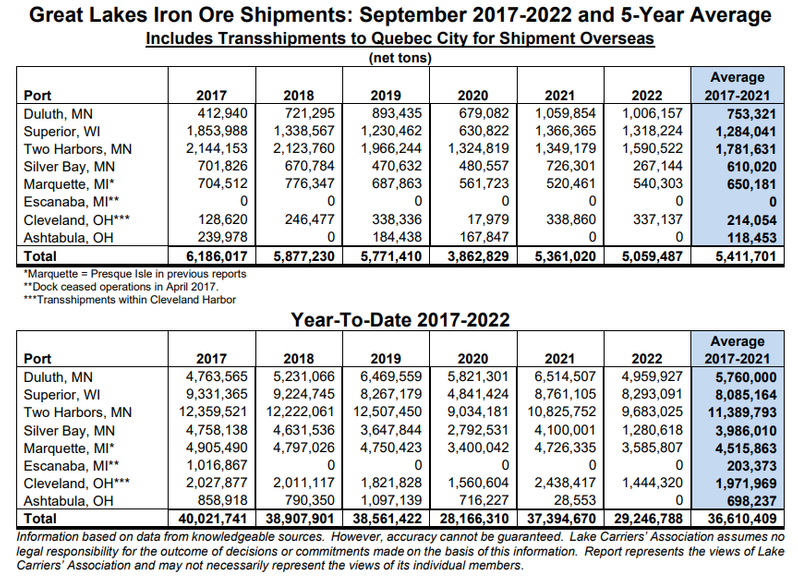