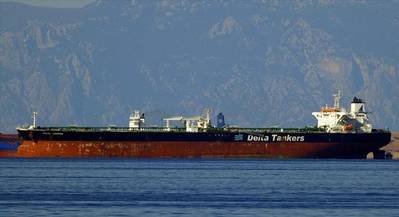 Iran has released two Greek-flagged tankers that it seized in the Gulf in May, the Greek shipping ministry said on Wednesday.

Iran detained the tankers in response to the confiscation of oil by the United States from an Iranian-flagged tanker off the Greek coast, fuelling bilateral tensions amid a broader deterioration in relations between Iran and the West.

"The final agreement was reached today in Tehran," the ministry said in a statement, confirming an earlier Reuters reportof a deal.

Ship tracking data showed the vessels, Delta Poseidon and Prudent Warrior, were under way from Iran.

The Prudent Warrior's destination was listed as the United Arab Emirates port of Khor Fakkan and the Delta Poseidon as the UAE port of Fujairah, according to the data.

Merchant shipping remains prey to hazards in the Gulf.

A tanker was hit off the coast of Oman on Tuesday, sustaining minor damage to its hull, Israeli-controlled Eastern Pacific Shipping said on Wednesday.