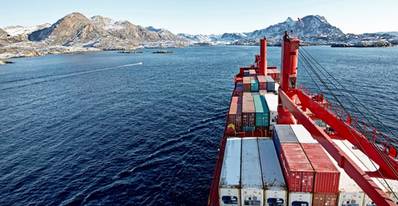 The Royal Arctic Line has contracted Polish shipyard Remontowa to build 5 ships to be delivered in the first half of 2015.

The building program includes a sister ship to the Mary Arctica. of capacity 606 TEU, which will replace Arina Arctica, and also sail across the Atlantic, while acting as a feeder ship in Greenland. It will also be used for special tasks in the East Coast, Thule Air Base and Antarctica.

Two medium-size ships, capacity 100 TEU each to replace the Pajuttaat for annual chartering and will mainly engage in the supply of North Greenland.