Ground-breaking Oil Pollution Compensation Fund to be Wound Up 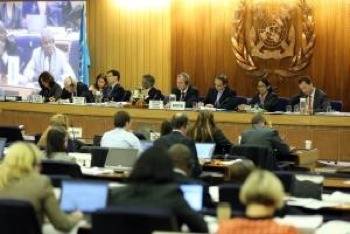 The governing bodies of the International Oil Pollution Compensation Funds (IOPC Funds) held recent meetings at the Headquarters of the International Maritime Organization (IMO) in London, and decided to wind up the ground-breaking 1971 fund which has since been replaced by the 1992 protocol.

The Fund was an international innovation when a global, solidaritory scheme on compensation for the victims of oil pollution caused by tankers was established in 1971. It has proven to be such a great success that the system has been improved twice, and the model has been copied to provide for other types of pollution from ships.

The 1971 Fund has been replaced by the 1992 Fund and the Supplementary Fund, allowing for greater compensation amounts and considering all new pollution incidents.

Most countries agreed that now it was about time to wound up the 1971 Fund. Many of the original founders of the Fund, including the largest contributors, had also left the Fund. A few business affairs still need to be finalised. These cases have typically not been finalised because of disagreement between the Fund and the victims about the claims forwarded. Therefore, a winding up cannot be made without any legal and practical challenges. Efforts are being made to solve these before the IOPC General Assembly to be held in October 2014, when the final decision on the winding up is expected to be made.