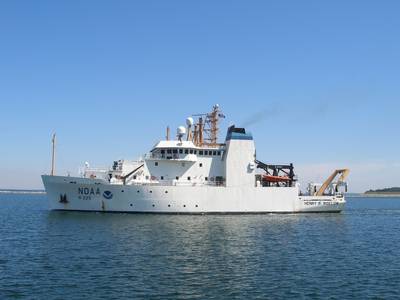 Texas-based Gulf Copper and Manufacturing said it has been awarded a $3.9 million dry docking and refurbishment of the NOAA research vessel Henry B. Bigelow. The work will be performed at Gulf Copper's Galveston yard.

Commissioned in 2007 and homeported in Newport, R.I., Henry B. Bigelow is a fisheries survey vessel that studies a wide range of marine life and ocean conditions along the U.S. East Coast, primarily from Maine to North Carolina. The ship's main mission is to study and monitor fish stocks, but it also conducts habitat assessments and surveys marine mammal and seabird populations.

Launched in September 2005, the 208-foot Henry B. Bigelow was built by VT Halter Marine Inc. and is the second in a series of Oscar Dyson-class fisheries survey vessels designed to meet the National Marine Fisheries Service's specific data collection requirements and the International Council for Exploration of the Seas’ standards for a low acoustic signature.

The vessel conducts both acoustic and trawl surveys. For its acoustic surveys, the ship uses a vertical beam echo sounder (VBES) and a multibeam echo sounder (MBES) to study of fish and plankton biomass. The VBES provides information on fish depth, location, and size. The MBES has a fan-shaped beam that surveys a swath of ocean. Bigelow’s unique MBES, one of only three systems of its type worldwide, acquires data from both the water column and the sea floor.

The ship conducts trawl sampling with a standardized, three-bridle, four-seam bottom survey net equipped with a rock-hopper sweep. The trawls sample the biomass of fish in a given survey area. This helps scientists learn what species are in observed fish schools and gather other biological data.

Henry B. Bigelow’s marine mammal and bird observation stations are equipped with sensors to aid researchers in identifying and tracking protected species. 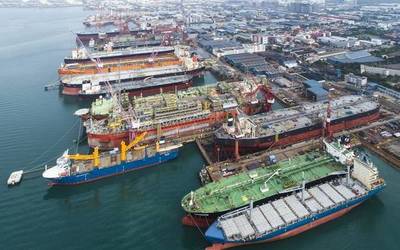