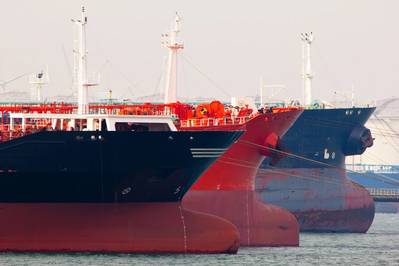 Global energy trader Gunvor Group has put on hold plans to upgrade its Rotterdam refinery that intended to make the plant more competitive ahead of new global rules on shipping fuel quality, it said on Tuesday, citing market conditions.

Global oil and shipping companies are looking at options to cope with the new standards that come into effect in 2020.

The U.N. International Maritime Organization (IMO) will ban ships using fuel with a sulphur content higher than 0.5 percent, compared to 3.5 percent now, unless a vessel has equipment to clean up its sulphur emissions.

Few ships have so-called scrubbers to clean up emissions and demand for cleaner marine gasoil is expected to jump at the expense of fuel with high sulphur content.

Refiners are working to adapt and stay competitive. Analysts say upgrading a refinery with capacity of around 88,000 barrels per day, like Gunvor's Rotterdam plant, could cost hundreds of millions of dollars. Larger plants may face a bill of $1 billion.

"The price environment and other relevant economics have changed considerably since Gunvor first began exploring the concept a year ago," the company said, referring to the upgrade facility, known as a delayed coker unit.

The firm acquired a significant amount of storage when it bought the 88,000-barrels-per-day refinery from Kuwait Petroleum International in 2016.

Last year, it sold its stake in crude oil storage at the nearby Maasvlakte Olie Terminal to Saudi Aramco Overseas Co.

It plans to sell its stake in the Stargate storage terminal as well but Gunvor told Reuters these efforts were now also on hold.