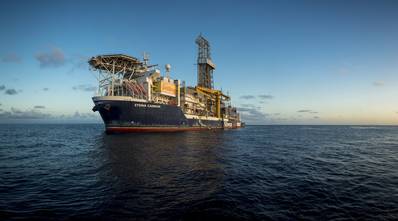 Guyana has put planned oil auctions on hold as the impoverished South American country works to establish a Department of Energy to oversee the energy boom, Minister of State Joseph Harmon said on Monday.

Since 1999, Guyana has awarded a group led by Exxon Mobil Corp hundreds of oil blocks along Guyana's maritime borders with Venezuela and Suriname. Their finds are turning Guyana, a country with no history of oil production and relaxed energy regulation, into one of Latin America's hottest prospects for oil investments.

Exxon, China's CNOOC Ltd and U.S.-based Hess Corp operating in a consortium discovered more than 3 billion barrels of oil and gas resources off Guyana's Atlantic coast, enough to boost the nation's oil output to more than 500,000 barrels per day (bpd) in coming years, a similar volume to OPEC-member Ecuador.

In 2016 the companies signed a new agreement with Guyana for a four-year license to develop its blocks. The parties also agreed to a 2 percent royalty and 50-50 profits when production costs are recovered.

Opposition politicians and some Guyanese had complained that the royalties were too low and that the contract not beneficial enough to Guyana. The government of President David Granger in August decided to transfer oversight of the oil industry from the Ministry of Natural Resources to a newly created Department of Energy, which is reviewing the planned auctions of both deep-sea and shallow-water blocks.

"If you want to call that being on hold you can do so, but what I am saying it is basically an administrative process which is basically requiring the Department, which was only established on the 1st of August, to get a better sense ... of the lay of the land, before they start to proceed to engage people and to make decisions," Harmon told Reuters in an interview at his Georgetown office.

Harmon, whose ministry oversees the Department of Energy, said it was not immediately clear when the auctions would start, adding that the department would give an update in mid-October.