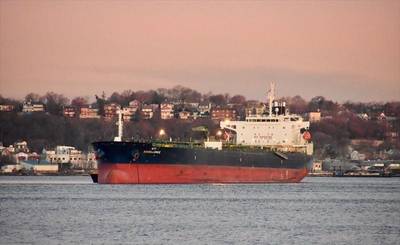 Tanker shipping company Hafnia on Thursday announced it has completed its acquisition of 32 product/chemical tankers from Chemical Tankers and 12 LR1 tankers from Scorpio Tankers.

Singapore-headquartered Hafnia, created through a merger between Hafnia Tankers and BW Tankers in 2019, now has an owned fleet of 152 vessels and commercially managed fleet of 242 vessels.

“These transactions cement our position as the world's largest operator in the product and chemical tanker segment. The 44 new vessels are all compliant with the 2023 EEXI requirements and bring Hafnia closer to achieving IMO’s 2030 carbon intensity goal by 2028," said Hafnia's CEO, Mikael Skov.

On January 20, Hafnia confirmed rumors it was in "advanced negotiations" to acquire 12 LR1 tankers from Scorpio Tankers, and today said it entered into a framework agreement for the purchase of 12 the ships for a total consideration of $413.8 million. Hafnia said it is in discussion with ICBC Financial Leasing Co., Ltd. to finance the deal through a sale and leaseback structure with monthly purchase options and an obligation for Hafnia to purchase the vessels at the end of the 10 year charter period.

According to Hafnia, the acquisition is part of a fleet renewal push in its core LR1 segment, where it now has 73 LR1 vessels under commercial management.

The acquired vessels are STI Excel, STI Excelsior, STI Expedite, STI Exceed, STI Experience, STI Executive, STI Excellence, STI Express, STI Pride, STI Providence, STI Precision and STI Prestige, built in built in South Korea in 2015 (1) and 2016 (11). All will be scrubber-fitted at delivery, which is expected to take place from second half February to mid-May 2022.