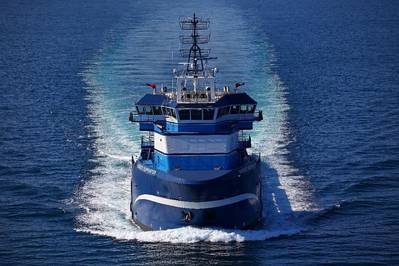 Offshore marine transportation firm Harvey Gulf International Marine says it has been able to achieve success in the turbulent offshore market by constantly reinvented itself to fit the industry demands.

Never afraid to shake things up, Harvey Gulf has maintained this mindset throughout its 70-year-history, says CEO Shane Guidry. “From a humble beginning of a three oyster fishing vessels used as supply vessels in 1949 to a larger fleet of offshore vessels that towed barges and drilling rigs to its modern day evolution of a fleet of offshore supply, support and subsea construction vessels, Harvey Gulf has constantly reinvented itself to fit the industry demands. We were the first company to ‘Go Green’ and design, build and introduce liquefied natural gas (LNG) dual fuel vessels, LNG marine fueling terminal and LNG articulated tug barges (ATB) into the market, and continue to focus on the future needs of our customers.”

Most recently, “reinvention” has meant branching out to secure more work in international markets.

Over the past year Harvey Gulf has committed to expanding its operations outside of the U.S. Gulf of Mexico, and the company says this growth was the right move despite challenging operating environments, international business hurdles and slower than expected industry recovery.

Guidry said, “We are extremely happy with our recent execution in Nigeria, Guyana, Suriname, Mexico and Trinidad while continuing to pursue and acquire work domestically in California, which is like its own country. This was done in conjunction with maintaining our presence and exceptional service and safety record in the U.S. Gulf of Mexico.

“In 2019, Harvey Gulf made a commitment to its customers and partners to go global, and we executed successfully with profitable results and incident-free operations. Harvey Gulf did not wait for the market to turn and simply curb losses in a domestic downturn but rather looked to global markets to grow and expand the company for the future. A proactive business plan produced positive earnings before interest, taxes, depreciation and amortization (EBITDA) while many of our competitors were barely breaking even or having negative EBITDA quarter over quarter.”

The global expansion has benefited the bottom line for Harvey Gulf over the past year, with the company deploying nearly 25% of its active vessels into the global market. Even despite the recent expansion, Guidry believes there is further global expansion in 2020 and beyond.

“In the first quarter, we deployed two vessels to Peru which are currently operating under contract. During the second quarter we will be deploying vessels to the Bahamas as well as sending three vessels, two PSVs and one FSIV, on speculation to the West Africa / Mediterranean regions. We intend to further expand our footprint in West Africa, and certainly not opposed to going back to East Africa for the right opportunities,” he added.

“We have 10 vessels abroad today and are looking to grow that to 20. We are also aggressively looking to acquire foreign assets.” Guidry said.

Guidry said oil price instability limiting new exploration continues to be a top business challenge, but added that mergers would go a long way to help the state of things.

“I think companies need to consolidate in a big way," he said. “The offshore industry has been very challenging, rates are very low and cost are as high as they have ever been. This means more companies will fail and it’s why mergers need to occur with the CEO who can run the combined entity with the lowest cost staying at the helm.”